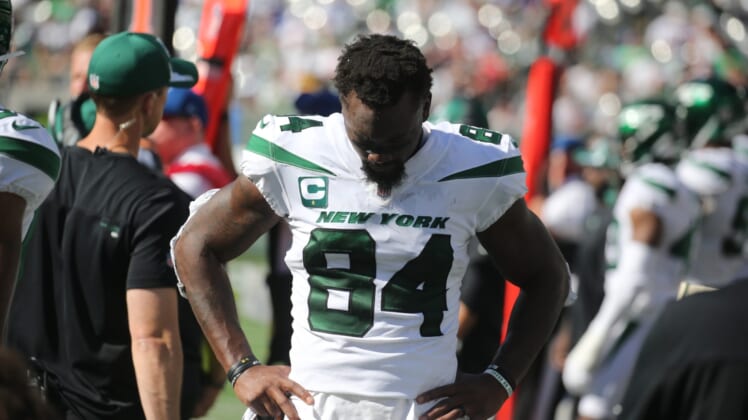 Davis, 26, has battled hip and groin injuries this season after signing a three-year, $37.5 million deal in March.

A team captain, Davis caught two passes for 15 yards in Sunday’s 33-18 loss to the Philadelphia Eagles and finishes the season with 34 receptions for 492 yards and four touchdowns in nine starts.

“I feel awful for Corey. He’s one of the true pros in this league, goes about his business the right way,” Jets coach Robert Saleh told reporters Monday afternoon. “Shows up every day to work, he does everything the right way.”