The New York Jets have put rookie quarterback Zach Wilson’s personal coach on the staff for the rest of the 2021 season, multiple outlets reported Tuesday.

John Beck, a former NFL quarterback, tutors Wilson. He was wearing a headset and dressed in Jets coaching apparel while positioned on the sideline Sunday during New York’s 34-31 win over the Cincinnati Bengals.

Wilson sat out the game with a knee injury, and Beck was seen huddling with Wilson’s replacement, Mike White, on the sideline against the Bengals. 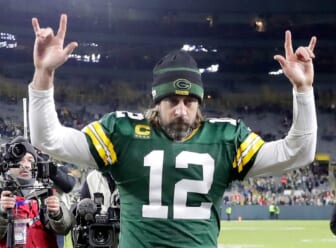 Beck played quarterback at BYU before a short NFL career. He appeared in nine games in the league — five with Miami in 2007 and four with Washington in 2011 — and was 0-7 as a starter.

Wilson, who also played at BYU, began working with Beck in Provo.

The No. 2 overall pick in the 2021 draft, Wilson has struggled to start his career. Thrust into the starting job, he has a 1-5 record. He has completed 104 of 181 pass attempts (57.5 percent) for 1,168 yards with four touchdowns and nine interceptions. 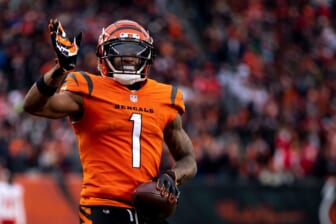 He sprained the posterior cruciate ligament in his right knee in a 54-13 loss to the New England Patriots on Oct. 24. He won’t play Thursday night when the Jets (2-5) meet the Colts (3-5) in Indianapolis, but he potentially could return Nov. 14 for a home game with the Buffalo Bills.

That will depend on the condition of his knee and how White plays against the Colts, though.

Against the Bengals, in his first career start, White threw for 405 yards, completing 37 of 45 pass attempts (82.2 percent) with three touchdowns and two interceptions.