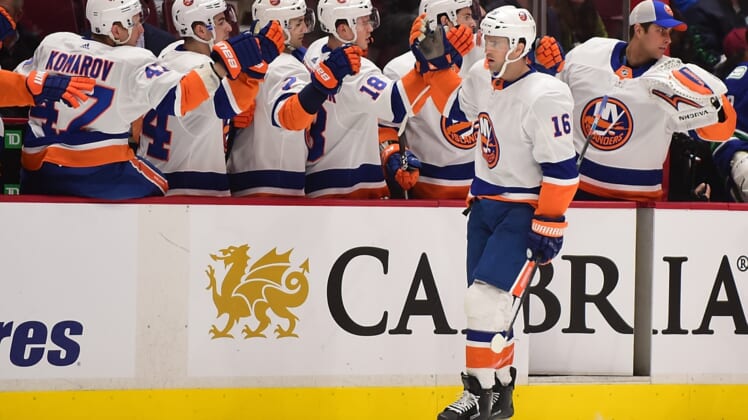 In an apparent salary cap move, the New York Islanders sent veteran forward Andrew Ladd to Arizona, along with a 2021 second-round draft choice, a 2022 conditional second-rounder, and a 2023 conditional third-round selection for no return from the Coyotes.

The Coyotes take on a $5.5 million cap hit over the next two seasons, freeing up cap space for the Islanders. Ladd has two seasons left on a seven-year, $38.5 million deal he signed prior to the 2016-17 season.

Prior to that, Ladd was a regular 20-goal scorer, besting that mark six out of seven seasons from 2010-17.

Opinions are split on Ladd making a comeback, but the Islanders cleared more cap space all the same. This move came on the heels of them trading defenseman Nick Leddy away earlier in the week.