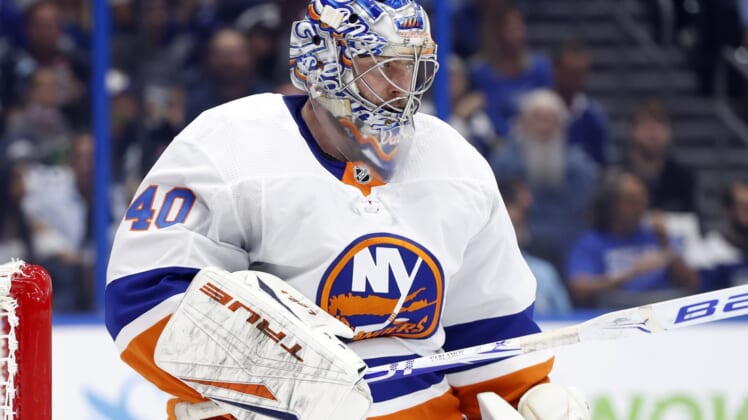 With the host Lightning leading 1-0 on a goal by Point a few minutes earlier, Varlamov, who made a handful of big saves early in the game, was on the ice for several moments and holding his head after the collision.

Varlamov, who stopped 10 of 11 shots before exiting, eventually got to his skates but left for the dressing room and was replaced by Ilya Sorokin. 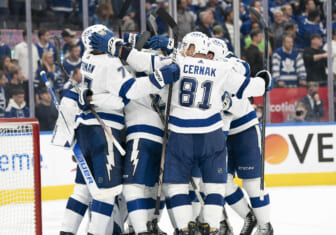 Point was clearly pushed into the netminder by Islanders defenseman Adam Pelech, but received a goaltender interference penalty on the play. The Islanders — who won the series opener — evened the score with Brock Nelson’s goal on the ensuing power play.

It wasn’t immediately known whether Varlamov was pulled from the clash by the concussion spotter, or if the decision was made by a member of New York’s training staff or by Varlamov himself.