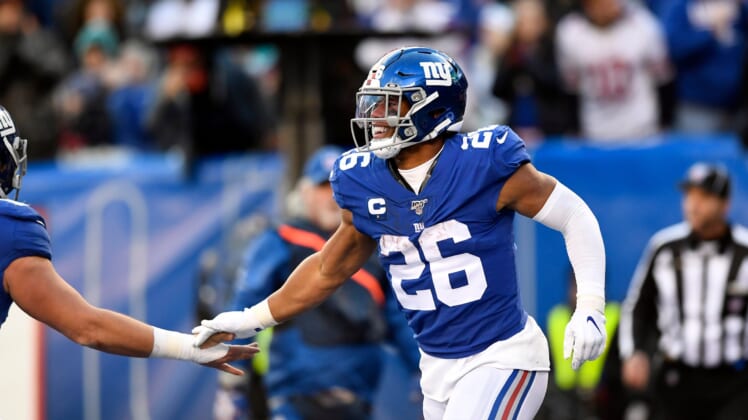 The New York Giants and star running back Saquon Barkley are looking to prove themselves this year after a disappointing 2019 season. Entering the 2020 season with a chance to make a statement, Barkley is hinting that his team could make an unexpected statement this year.

New York is set to kick off its 2020 season on Sept. 4, with Week 1 of their schedule beginning on Monday Night Football against the Pittsburgh Steelers. At a time when NBA players have boycott playoff games and MLB teams have refused to play to call for social justice reform, that same action could be coming to New York.

The NBA and MLB have been able to navigate around teams boycotting due to fortunate scheduling. However, the NFL would likely have a much more difficult time if teams went on strike and refused to play at any point during the regular season.

Until recently, the COVID-19 pandemic appeared to be the greatest threat to a stop in the upcoming NFL season. But the latest COVID-19 data from the league makes it likely that things will go relatively smoothly.

With the NFL season approaching, players could look to follow their peers by boycotting a game this year. In fact, it’s something Barkley said he and his teammates have already discussed during training camp.

If the Giants were to strike for their regular-season opener against the Steelers, it would have an immediate impact on their schedule. New York doesn’t have a bye until Week 11, the middle of November, while Pittsburgh’s break comes in Week 8.

The NFL has proven it can prepare for difficult situations, putting together COVID-19 protocols and testing that has delivered remarkable success. The next two weeks should give the league time to determine what they would do if two teams chose to boycott a game on their schedule.

For now, it seems unlikely that an entire 53-man roster will agree not to take the field on Sunday. Even if they did, their opponent might accept the forfeit to get a free win in the NFL standings.