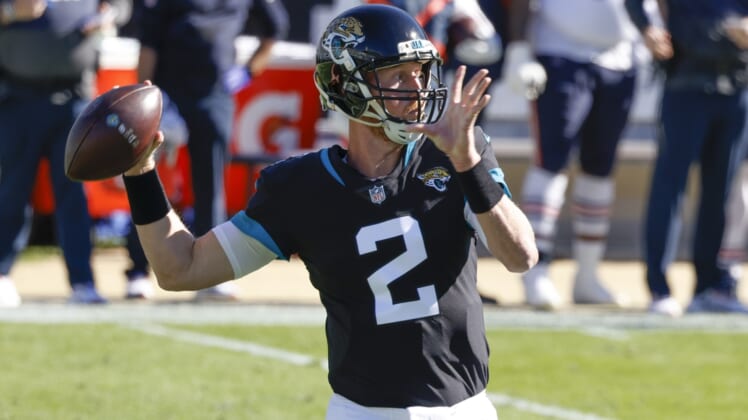 Glennon replaces Colt McCoy, who is a free agent.

The Giants will be Glennon’s sixth team since the Tampa Bay Buccaneers selected him in the third round of the 2013 NFL Draft.

Glennon, 31, has appeared in 34 games (27 starts), including five last season in Jacksonville when Gardner Minshew was sidelined by injury. Glennon is 6-21 as a starter. He has thrown for 6,235 yards with 43 touchdowns against 25 interceptions in his career.

In Tampa, Glennon started 13 games as a rookie, completing 59.4 percent of his passes for 2,608 yards, with 19 touchdowns against nine interceptions — all career highs.

He also played a season each with the Chicago Bears, Arizona Cardinals and Oakland Raiders.