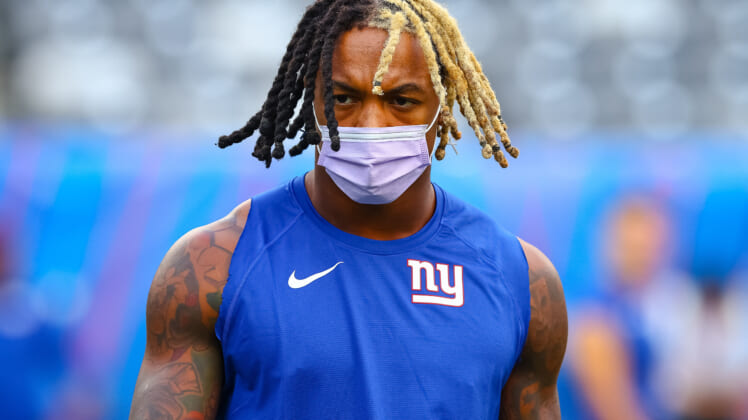 The 2021 New York Giants season was arguably the worst season in franchise history, with the team tying its record for losses in a year (13). After fielding one of the worst rosters in the NFL, it came as no surprise when nobody from the Giants was selected to the Pro Bowl.

But things could be turning around for Big Blue thanks to new head coach Brian Daboll and what on paper was a very deep and successful draft class. Not only should New York see an improvement in its win total, but the 2022 season is also an opportunity for young talent to burst on the scene.

James Bradberry and Logan Ryan are gone, making McKinney the most important player in the Giants’ secondary. Not only is he the best player on the defense, New York’s safety will also now be tasked with stepping up as a leader on the field.

Many felt the third-year safety should have made the Pro Bowl last season. During that 2021 campaign, he led the team in interceptions (five), racked up 10 pass deflections and graded as one of the best safeties in the NFC by Pro Football Focus.

McKinney will turn 23 in August and is one of the young and ascending players that should remain a Giant for several years to come. He’s poised to have a breakout season and could earn his first Pro Bowl selection.

Typically, players make the biggest jump in their career from year one to year two. If that’s the case with Ojulari, he’ll not only have double-digit sacks, but he’ll also be in the Pro Bowl.

As a rookie, he started 13 games last season and had 49 tackles, and set a franchise rookie record with eight sacks. He has clearly bulked up in the off-season and is ready to take the next step.

In order for the Giants’ defense to be effective this season, the front seven is going to have to apply constant pressure on opposing quarterbacks, and Ojulari will have a large role in that.

For much of the same reasons why Ojulari might make the Pro Bowl this season, the same could be said about Thibodeaux. Many felt he was the best edge rusher in this year’s draft, due to his speed and athleticism coming off the edge.

Thanks to Ojulari and Leonard Williams, teams won’t be able to double-team Thibodeaux often, which will the rookie to wreak havoc in the backfield.

Not only should Thibodeaux be one of the favorites to win Defensive Rookie of the Year, but he stands a good chance of being named to his first Pro Bowl team.