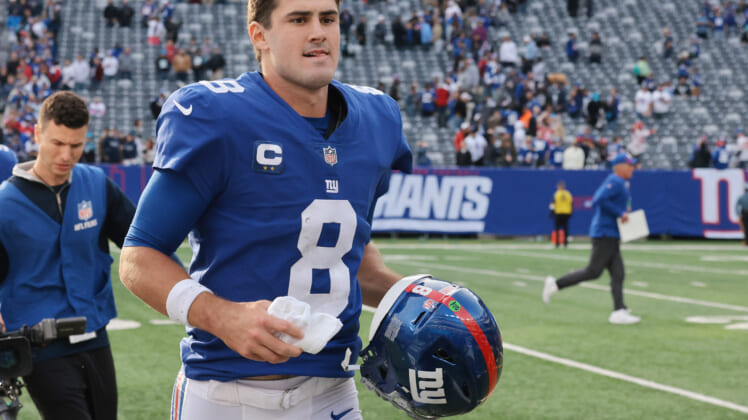 The New York Giants (2-5) take the field on Monday Night Football looking for their second consecutive win, but face a big test against a motivated Kansas City Chiefs (3-4) team.

A matchup that seemed like a potential blowout before the season now looks more winnable for Big Blue. Kansas City’s defense is one of the worst in football and Patrick Mahomes is turning the ball over at an alarming rate, opening the door to a potential upset.

This is the biggest game of the year for New York, as the outcome on Monday night will determine how they’ll approach the Tuesday 4 PM EST trade deadline.

With all that in mind, let’s examine three questions that will have an impact on this game and the rest of the New York Giants season.

Do the New York Giants finally have a pass rush?

Could this be a sign of the Giants’ pass rushers finally meshing with defensive coordinator Patrick Graham. Or, was this performance the direct result of the Panthers’ poor quarterback play.

The Chiefs rebuilt offensive line has struggled to protect Mahomes all year, and last week against the Tennessee Titans he was knocked out of the game. If New York’s front seven can constantly pressure Mahomes, it bodes well for an upset.

The Giants already declared Saquon Barkley and Kenny Golladay out for Monday’s game. But quarterback Daniel Jones may get two of his targets back as Sterling Shepard and Kadarius Toney are expected to play.

As we mentioned, Kansas City has one of the worst defenses in the league allowing 29 points per game and 404 total yards per contest. One of this unit’s biggest weaknesses is the inconsistent pass rush with only eight sacks on the year. If Toney and Shepard are able to play, except New York’s offense to be able to move the ball up and down the field with little resistance from the Chiefs defense. 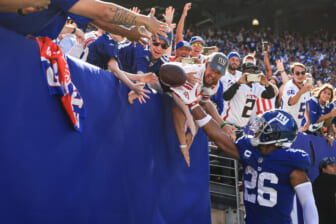 How will the Jabrill Peppers injury impact New York’s secondary

The downside to Big Blue’s 25-3 win over the Panthers in Week 7, was that they lost safety Jabrill Peppers to a torn ACL. Peppers was one of the team captains and was solid at stopping the run and would have been a major role on trying to slow down the Chiefs’ high-powered offense.

Some of Peppers’s responsibilities would have been to get physical with All-Pro tight end Travis Kelce at the line of scrimmage. Now, defensive coordinator Patrick Graham will need to come up with a scheme to slow down Kelce without one of his best players.

Losing Peppers will also be felt by the Giants’ run defense as they were already struggling since Blake Martinez (torn ACL) went down. The Chiefs’ ground game ranks 15th in the league (118 ypg) and they may try to run the ball more often to exploit one of the worst defenses against the run.