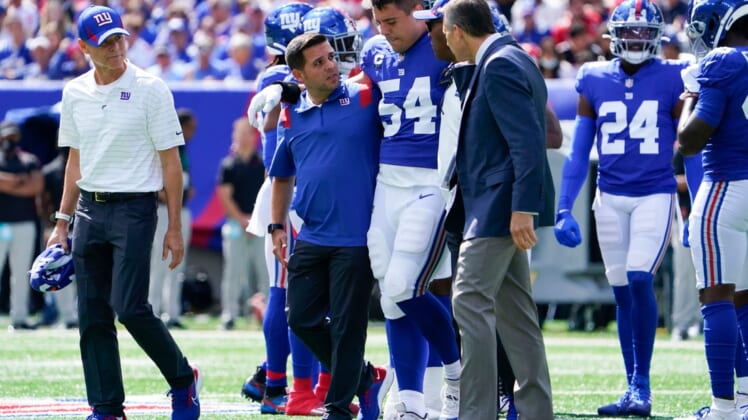 New York Giants inside linebacker Blake Martinez (54) is helped off the field in the first half at MetLife Stadium on Sunday, Sept. 26, 2021, in East Rutherford.Nyg Vs Atl

New York Giants middle linebacker Blake Martinez, the team’s defensive leader, will miss the rest of the season because of a torn ACL he suffered Sunday in a 17-14 loss to the Atlanta Falcons, multiple outlets reported Monday.

He was injured on Atlanta’s first drive when he missed an attempted tackle on the Falcons’ Cordarrelle Patterson near midfield. He fell to the turf and was attended to by a trainer before heading to the sidelines. The team later announced that Martinez was out for the rest of the game.

Martinez, 27, entered Sunday with 21 tackles. He led the team with 151 tackles in 2020 in his first season with the Giants, who signed him to a three-year, $30 million contract in March 2020 after he spent his first four seasons with the Green Bay Packers.

The loss of Martinez is significant for the Giants; he is a team captain and their defensive signal-caller.

The Giants (0-3) will meet the Saints (2-1) in New Orleans on Sunday. It will be the first home game of the season for the Saints, who were displaced because of the effects of Hurricane Ida. 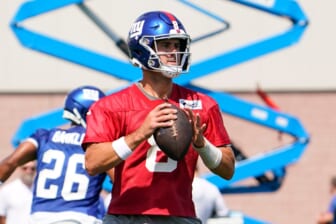