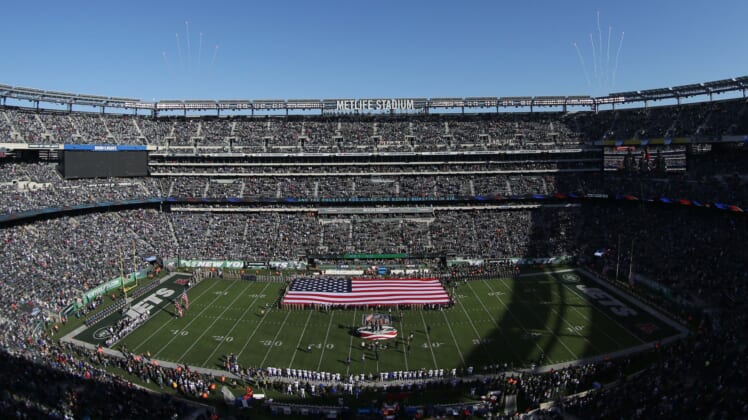 The 2020 NFL season is just around the corner, but football fans learned Monday that they won’t be able to attend any New York Giants or New York Jets games this year due to the COVID-19 pandemic.

Just a few months after announcing pro sports teams can return to New Jersey, Gov. Phil Murphy revealed this week that the state is barring any public gatherings of more than 500 people.

Following Murphy’s executive order, the Giants and Jets released a joint statement confirming they won’t let any fans into MetLife Stadium for the upcoming season.

Murphy expressed uncertainty in June regarding the chances of fans being allowed to attend games at MetLife Stadium this year. Now with the COVID-19 pandemic worsening and the United States seeing massive spikes, the governor was left with no other choice.

As detailed in May. the Giants and Jets were among the teams that would be most hurt by an NFL season played without fans in attendance. Now that MetLife Stadium will be empty this year, both organizations will lose out on hundreds of millions in stadium revenue.