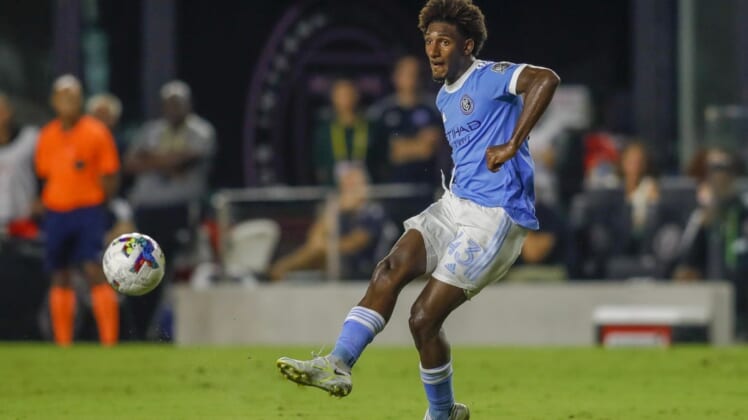 Still adjusting to life without Castellanos, NYCFC will look to halt the drought when they host Charlotte FC on Wednesday night at Harrison, N.J.

NYCFC (12-6-6, 42 points) reside in third place in the Eastern Conference but have struggled without Castellanos, playing host Montreal CF to a scoreless tie and dropping 3-2 road decisions against the Columbus Crew and Inter Miami CF.

But interim coach Nick Cushing is more concerned with the defense. NYCFC are tied for third in fewest goals allowed (27) but Cushing sees those six that found the net over the last two matches and knows adjustments are necessary.

“We have to get back to being defensively solid,” Cushing told reporters. “We’ve probably given away the kind of goals and chances that we feel we haven’t done in recent games where we’ve kept clean sheets. Home advantage is big and we know we’re going to be put under pressure in the away games. I think we’ve just got to get back on the training pitch, refocus, and reset our mindset.”

Expansion Charlotte FC (9-14-2, 29 points) have experienced even bigger defensive issues and have allowed 15 goals while losing four of their past five matches. Charlotte was outscored 8-2 while losing its past two games to the Chicago Fire (3-2) and Los Angeles FC (5-0).

All five goals that LAFC scored Sunday came in the second half.

“We need to pick ourselves up and keep going,” Charlotte coach Christian Lattanzio said after the road loss. “Unfortunately, some mistakes against a team like that and you pay.”

Charlotte forward Karol Swiderski has a team-best seven goals and has two over the last three matches.

This is the first meeting between the two clubs.