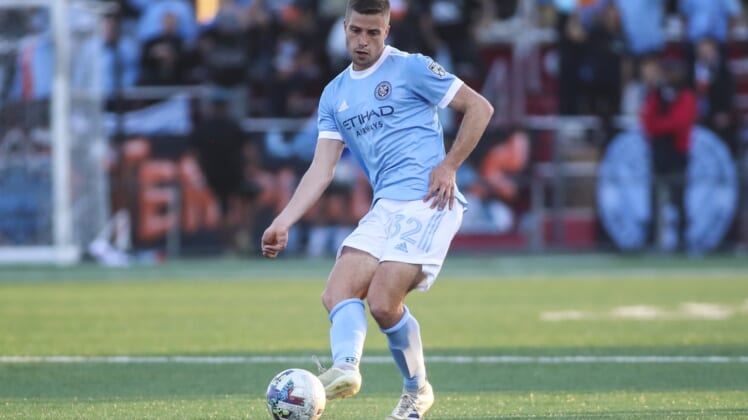 The past two league champions meet for the first time this season when New York City FC hosts the Columbus Crew at Yankee Stadium on Saturday.

More importantly, the Crew have scored five goals in the past two matches, including a 2-2 tie at New England on May 7, after going four games without a score.

“Credit should all go to the players. They’re the ones inside the lines,” Crew coach Caleb Porter said. “They’re the ones that have to execute form and have a strong mentality. I think we have a great group of guys that — home or away — when we take the field we fight, we work, we have hunger.”

Defending champ New York City (4-3-2, 14 points) had its three-game winning streak end with a scoreless draw vs. Sporting Kansas City last week but looks for a third consecutive shutout in MLS play for the first time since July 2018 when it had four straight.

Not included in the streak is a 3-1 win against Rochester in U.S. Open Cup play on Wednesday.

NYCFC coach Ronny Deila is impressed with the Crew’s adaptability to create chances that led to the draw vs. New England.

“It’s two coaches that know each other quite well.”

The Crew expects leading scorer Lucas Zelarayan (four goals) to make his first start since April 16. He injured his right knee on March 20 vs. the New York Red Bulls. He started the next three games, missed one, and then came off the bench in the past two matches.

NYCFC leading scorer Valentin “Taty” Castellanos is slated to return after a one-game absence due to an unspecified lower-body injury. He has scored five goals.