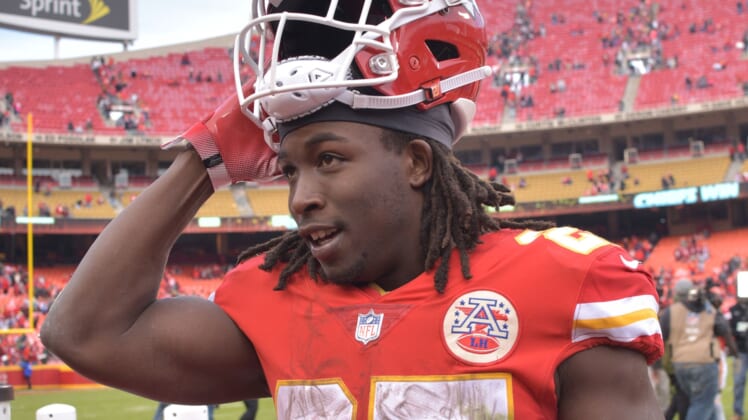 ESPN’s Adam Schefter shared this news Tuesday, just days after the Chiefs were forced to release Hunt following the release of appalling video that showed Hunt shove a woman to the ground and kick her while she was down.

NFL is considering three separate off-field incidents as it works toward a final decision on discipline for former Chiefs running back Kareem Hunt, sources close to the situation tell @DanGrazianoESPN.https://t.co/hol9LcpfYi

One of the alleged incidents now has some more context of the video variety. The video, obtained by TMZ Sports, shows Hunt being restrained by club security after allegedly attacking a 37-year-old man at a Kansas City nightclub back in January. The man alleges he suffered broken bones and bruises after being attacked by Hunt.

As with the incident involving the woman he shoved and kicked, nobody has been arrested in connection with this alleged attack. The third incident the NFL is looking into allegedly occurred at a Ohio resort back in June.

Hunt cleared waivers and is technically an unrestricted free agent. However, if any team were to pick him up he’d be placed right back on the Commissioner’s Exempt List, meaning he could not practice, attend any team events or be at games.