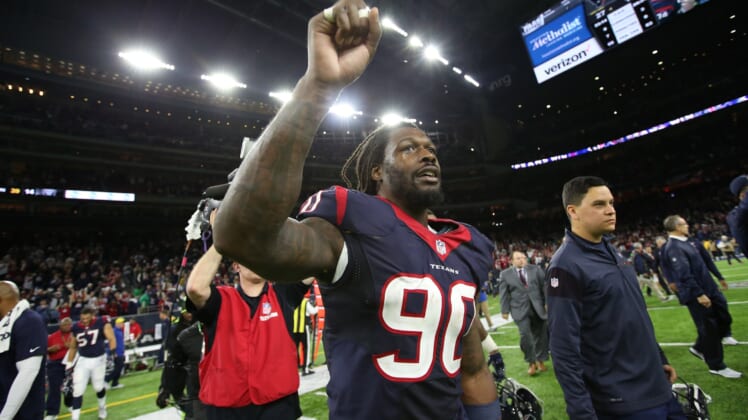 The Houston Texans might have a new general manager calling the shots. He might look to do things a tad different than what we saw with former GM Rick Smith. But that’s not going to include the organization’s firm belief that defensive end Jadeveon Clowney is a franchise player.

In talking about how he views a potential contract extension for the former No. 1 overall pick, new GM Brian Gaine had this to say.

“It’s certainly on the horizon,” Gaine said, via the Houston Chronicle. “Right now, I’m in an evaluative period in terms of studying the roster and studying the team and learning the players in terms of how they performed.”

Clowney, 24, is coming off a career-best season that saw him rack up 9.5 sacks while showing himself to be among the best run-stuffing defensive ends in the game. He did this with fellow pass rushers Whitney Mercilus and J.J. Watt sidelined for the better part of the season.

Set to earn $13.9 million in the final season of his rookie deal, it’s important for the Texans to lock Clowney up long term. It’s certainly on Gaine’s radar, which is good news for both the player and the franchise.

Getting a long-term deal completed is another thing. Clowney is likely looking at a contract that will make him the highest-paid non-quarterback in the league. His market could dictate north or $120 million in total cash. That’s a huge investment for a new GM to make.