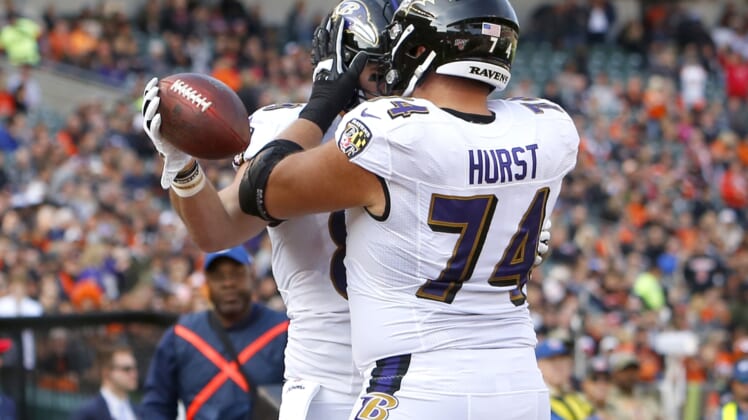 The New Orleans Saints announced Monday that they have reached agreement with offensive lineman James Hurst on a three-year deal worth a reported $9 million.

Hurst, 29, appeared in 12 games and made five starts with the Saints in 2020. He spent his first six seasons with the Baltimore Ravens, starting 44 of 90 games.

The Ravens signed Hurst as an undrafted free agent out of North Carolina in 2014.

Hurst allows the Saints to retain an experienced swing tackle and interior line option. He started at three positions for New Orleans last season, including twice at left tackle, once at left guard and twice as an extra lineman in jumbo formations.