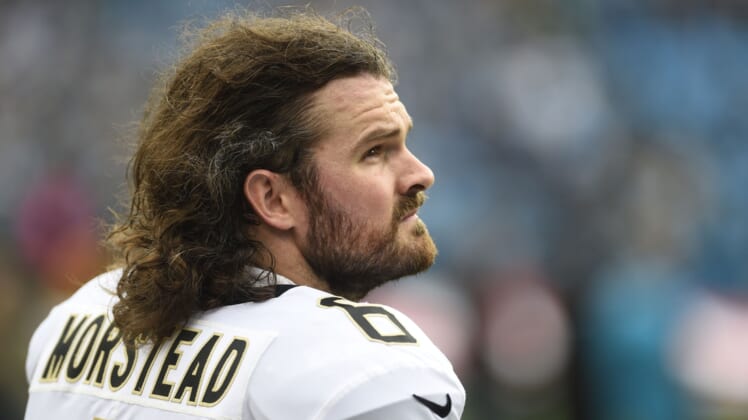 The New Orleans Saints released punter Thomas Morstead on Thursday after 12 seasons as the team continues to whittle down its salary cup.

The move saves the Saints another $2.5 million in cap space and leaves $2 million in dead money.

Morstead, 34, played in 205 games — including postseason — for the Saints after being selected in the fifth round of the 2009 draft. He was coming off his worst season, punting for a career-low 43.1 yards in 2020, more than three yards off his career average (46.5).

Morstead made the Pro Bowl in 2012 when he averaged a career-best 50.1 yards per punt.

“Thomas has been a very important part of the New Orleans Saints organization and our community since 2009,” Saints head coach Sean Payton said in a statement. “It has been an honor to have coached him and to have witnessed his growth as a player and a person. He has been a great leader and mentor to many younger players throughout his career and his Pro Bowl level of play year-in and year-out has been remarkable. I know that Thomas will be highly successful in the future and am grateful to have had the opportunity to coach him.”