If that’s the case, the three-time Pro Bowl selection would have a lengthy absence and potentially miss the rest of the season.

Peat, 27, left the game with what the team termed a shoulder injury. 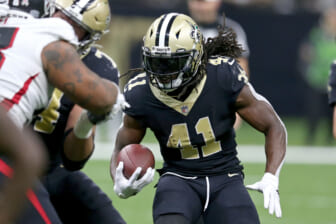 The Saints (4-2) host the Tampa Bay Buccaneers (6-1) on Sunday in an NFC South showdown. They are expected to insert Calvin Throckmorton into Peat’s spot in the lineup. He has played in all six games this season, including starts at right guard.