Parkey is expected to hold that position while the Saints buy time for injured kicker Wil Lutz, who is still recovering from groin muscle surgery in the summer. Lutz made the Pro Bowl in 2019. 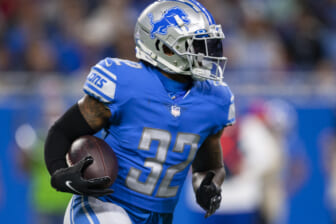 Rosas, 26, made just 1 of 4 field-goal attempts this season, although two misses were from at least 50 yards.

Also on Wednesday, the Saints signed defensive end Jalyn Holmes to the active roster from the practice squad.

Holmes, 25, made one tackle in one game this season for New Orleans. He has 44 tackles and one sack in 26 career games (nine starts) with the Minnesota Vikings (2018-20) and Saints.