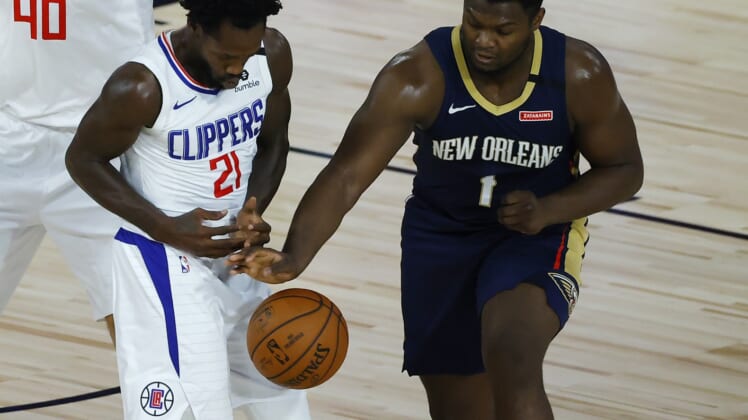 The New Orleans Pelicans have struggled big time since resuming their season at Walt Disney World last week. Currently the 13th seed in the Western Conference, the team has lost three of four in Orlando.

Is it possible that the Pelicans are looking to close the books on the 2019-20 season and look forward to next year? This latest piece of information could clarify that.

There’s a couple ways to look at this. New Orleans is taking on a Wizards team that has not won a game since resuming its season. Washington is also without stars Bradley Beal and Davis Bertans, both of whom opted out of the season. If the Pelicans can’t beat Washington without Williamson, that tells us a lot about the team.

Secondly, Pelicans front office head David Griffin has made it clear that they entered the Orlando bubble looking more to the future than anything else. After Williamson had to depart said bubble for more than a week to deal with a family matter, he was put on a minutes restriction over the first two games. Resting Williamson in the latter half of a back-to-back makes sense.

Despite their struggles in Orlando, the Pelicans are still only 2.5 games out of the eighth seed in the Western Conference. If they are within four games of that spot and sit as the ninth seed once the season concludes, the Pelicans will take part in a play-in-tournament for a postseason spot.

New Orleans will take on the Spurs, Kings and Magic to wrap up the regular season following Friday’s outing against Washington.

For his part, Williamson is averaging 16.8 points on 58% shooting in four games since the season resumed. He’s also averaging less than 20 minutes per game.