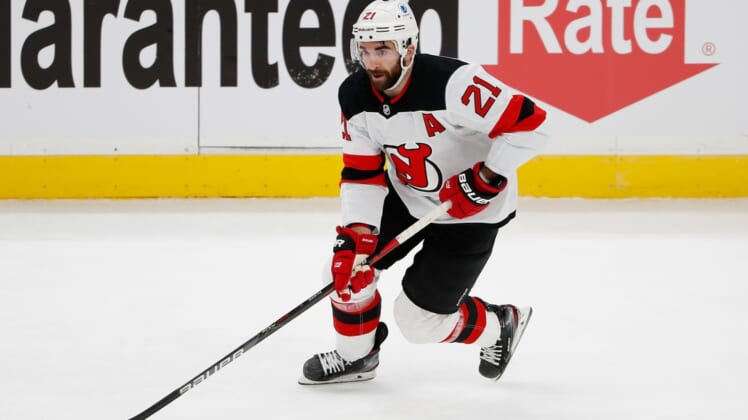 The New Jersey Devils will keep Kyle Palmieri out of the lineup Sunday — and possibly longer — as they look to move the veteran forward via trade.

Palmieri’s agency, Bartlett Hockey, confirmed that the Devils were keeping Palmieri out of the lineup “in anticipation of a trade in the coming days or week(s).”

The 30-year-old Palmieri has 17 points (eight goals, nine assists) in 34 games this season. He is in his sixth season with the Devils after spending his first five seasons with the Anaheim Ducks.

The NHL trade deadline is April 12.