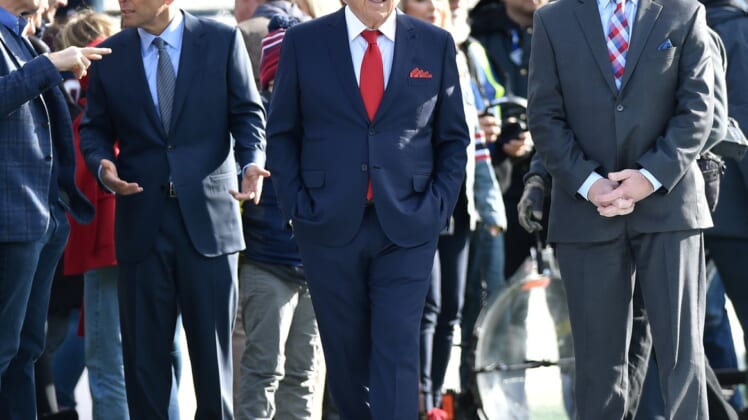 It’s by now well known that New England Patriots owner Robert Kraft continues to do his thing within the community. Said involvement might be skewed by some due to the fact that he has a relationship with a certain national leader and his own off-field transgressions.

Despite all of this, Kraft is out here making his impact known. The latest example? New England’s longtime owner has committed to donating $1 million over the next 10 months to help fight systemic racism in the United States following the brutal murder of George Floyd.

Again, this really isn’t anything new for Mr. Kraft.

Kraft had previously donated the use of the Patriots’ team plane for high school children impacted by a recent mass shooting. Kraft also used said plane to help bring first responders protective equipment during the infancy of the COVID-19 pandemic in the United States.

Atlanta Falcons quarterback Matt Ryan just recently announced a donation of $500,000 to the African-American community in his adopted home city. Other players have taken strong stances amid the growing racial divide in the United States. When it comes to the National Football League world, that is not separated by said racial lines. It’s something a key leader within football pointed out just recently.

This is important to note. Kraft came under fire big time during the 2016 Presidential Election by the media and some within the football world. They indicated that he supported then-candidate Trump over those protesting racial inequality in the United States by taking a knee during the national anthem.

That could not be further from the truth. Like many in a position of power, Kraft had a personal relationship with Trump before the latter decided to get into politics. That included Trump being a main comfort for Kraft when his wife, Myra, passed away back in 2011.

Not everything is about politics. Kraft has proven this over and over again. The above-mentioned $1 million donation shows what he is all about. He should be applauded for that.