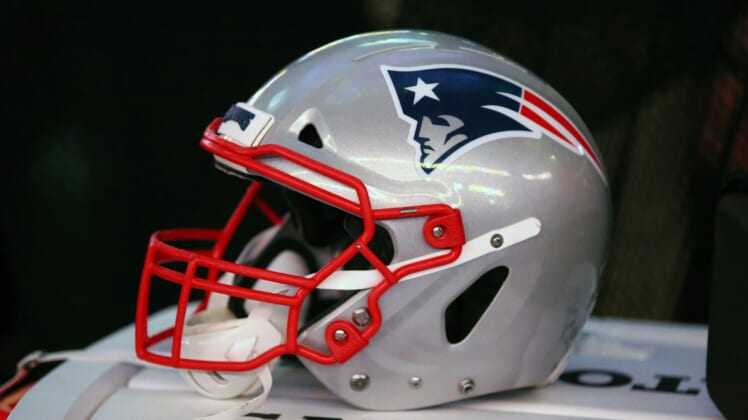 The New England Patriots head into the 2020 NFL Draft preparing for a new era. Tom Brady is gone and the Buffalo Bills are rising to power in the AFC East. The upcoming NFL Draft will be pivotal for the Patriots, with their short-term playoff hopes and long-term aspirations hanging in the balance.

The Patriots want to give Jarrett Stidham a chance to prove himself in this system, but he’s unlikely to be the long-term answer to replace Brady. Of course, New England must address its offensive line and find some more talent at receiver if it wants to put its quarterback in the best position to succeed. Belichick would also benefit from adding some more pieces to this defense, which is starting to age with key players in their 30s.

There are plenty of needs to address and potential draft-day trades for Belichick to make. As our seven-round Patriots’ mock draft shows, conducted via The Draft Network, the 2020 NFL Draft offers the perfect opportunity to build this historic team up again.

While the Patriots might believe in Stidham, the former fourth-round pick slipped in the draft for a reason. New England needs another viable quarterback to develop behind him and Love can be that guy. While his draft stock has fluctuated this offseason from a potential top-10 pick to a Day 2 selection, he’ll likely fall somewhere in between. Conveniently for Belichick, he is still available at No. 28 after trading down with the Baltimore Ravens.

The 6-foot-4 quarterback brings outstanding physical tools. Love’s arm is one of the strongest in this class and he has both the velocity and confidence to make throws in tight windows. He’s also an above-average athlete at the position, opening up opportunities that didn’t exist in the Patriots’ offense with Brady. Josh McDaniels will need to help Love clean his mechanics, understand how to read defenses and improve his decision-making. But the upside here is easily worth the investment, plus New England moves up into the second round.

After acquiring the 55th pick from the Ravens, the Patriots use their immense collection of Day 3 picks to move up three spots in our mock draft. The specific pick is even more important because New England jumped ahead of the Philadelphia Eagles to grab an exciting receiver that will be an impact talent the first time he takes the field.

Higgins, compared to All-Pro receiver A.J. Green by NFL.com’s Lance Zierlein, is perfect for what this offense needs. He can line up on the outside, pushing N’Keal Harry into the slot, to give this offense an incredible playmaker. Whether Higgins making an absurd sideline catch, beating the defense deep for a huge touchdown or making a contested catch in the end zone. Higgins can do it all and he’s an absolute steal in this spot for New England.

Note: Patriots trade No. 87 overall and No. 172 overall to the Jaguars for the No. 73 overall pick

There’s no way around it, Belichick needs to add more talent at linebacker for this defense. The Patriots lost Kyle Van Noy’s versatility this offseason and they need to find his replacement. Uche is one of the most versatile linebackers in the draft, a trait that makes him the perfect pick for New England.

The 21-year-old linebacker lit up the Senior Bowl and attracted plenty of attention from teams at the NFL Combine. He can be brought off the edge and create pressure thanks to his quick burst, length and strength. Uche can also play as an off-ball linebacker, using his athleticism to drop back in coverage. He’s everything the Patriots need on defense, so dealing a fifth-round pick to move up 14 spots for him is worth it.

New England can’t leave the 2020 NFL Draft without addressing its offensive line. It’s an intriguing draft class with plenty of compelling options in the first three rounds. After being aggressive with trades early, Belichick’s patience pays off here with Charles falling right to New England.

Saahdiq Charles is an impressive athlete for a 321-pound, 6-foot-3 offensive tackle. He helped protect Joe Burrow at LSU, being an integral part of the best offensive line in college football. He might need to be moved inside to guard, especially with the possibility that Joe Thuney might only be in New England for one more season. Charles can be a swing tackle in his rookie season and following a year of getting stronger and refining his footwork, he can step in at left guard for the Patriots.

Tight end is an obvious need for the Patriots, but this isn’t the best draft class to find the long-term solution. After passing on a few intriguing options in earlier rounds, New England grabs a small-school talent who could offer big rewards in the future.

The Patriots could use Danny Vitale, an underutilized weapon with the Green Bay Packer sin 2019, as a fullback or H-back next season. In the meantime, the coaching staff can work with Taumoepeau and help groom him into that role. The Portland State product is a good athlete with a willingness to block and the natural ability to get open and snag the football. He can contribute on special teams right away and be developed into the Patriots next H-back,

It’s time for the Patriots to start adding depth to their secondary and rolling the dice on potential long-term starters. Jason McCourty is set to enter his age-33 season and J.C. Jackson will be a free agent following the 2020 season. So, adding a talent like Green became the obvious move in our mock draft.

He brings the size, athleticism and physicality to become an outside cornerback in the NFL. Green loves to get his hands on receivers, getting them off their route and can also disrupt them when going for the football. He can learn from All-Pro cornerback Stephon Gilmore and cornerbacks coach Mike Pellegrino and potentially develop into a solid corner.

The Patriots can never have enough rotational pieces along the defensive line. Lynch offers strength, high motor and instincts, traits that can help him contribute quickly. He dominated in three seasons at Baylor, racking up 33 tackles for loss and 20 sacks in three seasons. While his upside is limited due to a lack of athleticism, he offers enough skills to play in the NFL.

A high school quarterback, Dallas went to Miami and made the transition to running back. He brings size and speed to the table, while also demonstrating a willingness to run through defenders. Dallas can also be used out of the backfield, which he demonstrated at Miami with reps at receiver. While he is still learning how to play running back, Dallas offers the upside of an offensive weapon that the Patriots would love to have.