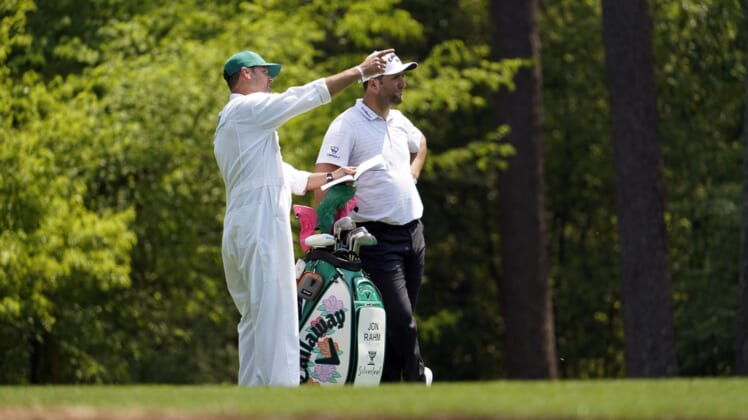 Jon Rahm was all smiles as he addressed the media on Wednesday morning.

Rahm, after all, is four days removed from joining wife Kelley in welcoming the couple’s first child — a baby boy named Kepa.

After briefly assisting on diaper detail, the world’s third-ranked golfer was quick to board a flight bound for Augusta, Ga. Rahm insists he is ready to compete in The Masters, which begins on Thursday.

“For so long I didn’t think I was going to be able to be here,” Rahm said. “I thought Wednesday, Thursday, Friday I was just going to have to get the ticket back home, right, so again, I’m happy that she’s healthy. I’m happy that he is healthy. I’m grateful that they’re both doing great, and I’m really happy I can be here rested and ready to compete.”

The 26-year-old Spaniard then turned his attention to the practice area as a means to return a little normalcy to his life. He said he wasn’t worried about his lack of practice time.

“I’m not concerned. I went through a major life experience,” Rahm said. “If anything I’m just happier. I’m thankful to be here. If anything, definitely a different mental state, but I would say it’s a better mental state.”

Rahm finished in a tie for seventh at the rescheduled Masters in November. He has recorded three top 10 finishes in each of his last three appearances at Augusta.

Rahm on Wednesday even received a gift for Kepa — a little golf club.

Whether Rahm brings anything else home — say, a green jacket — will be settled over the next few days.