New city, new venue, new expectations: What else should be new for Raiders? 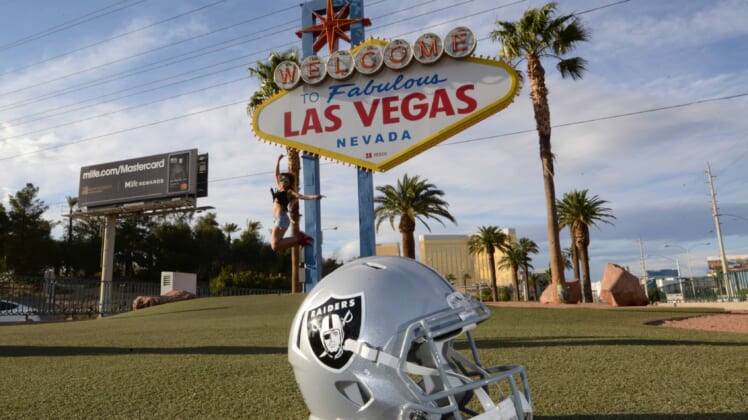 The Las Vegas Raiders. What a strange sound. But it’s the new reality after the Raiders left Northern California for the City of Sin, and it’s here to stay.

The big picture: The move to Vegas gives the Raiders one of the sweetest venues in the NFL. With it comes rising expectations as the organization attempts to regain a sense of respectability as a legitimate contender.

If that is going to happen, then some things need to change.

Jon Gruden needs his guy: For two years running, the relationship between Derek Carr and head coach Gruden has seemed strained. Furthermore, it seems the Raiders are looking to upgrade based on what they’re doing ahead of the draft, both last year and now.

There’s been some talk that the Raiders may want to lure Tom Brady to Las Vegas to finish his career with this storied franchise. But quite honestly, that may be fool’s gold. The best way to make sure that the offense is in good hands for years to come is to start anew with a fresh face, and a player who can stand up to Gruden’s temperament and style.

Secondary issues: The Raiders absolutely have to upgrade their defensive secondary. Despite a big uptick in production from pass rushers in 2019, the Raiders were one of the worst teams against the pass last season.

The one good bit of news on this front is the aforementioned uptick in production from pass rushers, as the Raiders vastly improved due to the addition of rookies Clelin Ferrell and Max Crosby.

Need a new home-run hitter: Since the loss of Amari Cooper in the trade with Dallas, the Raiders have lacked a true No. 1 receiver, and the offense has been a dink-and-dunk affair for the most part.

Consider for a moment the Raiders’ top receiving weapons in 2019:

Regardless of who is under center, the Raiders need to make good use of this historically-good receiver class in the draft and land a superstar in the making.

The final word: The move to Las Vegas and the shiny new stadium it has built for the Raiders is a natural reset for the franchise, but the organization has to take bold steps to make sure the first year or two at the new venue don’t end up as big flops.

The biggest concern for Gruden, Mayock and Co. is landing a quarterback they truly believe in. If they can do that, then everything else should fall into place, because that’s how the NFL works in this era.