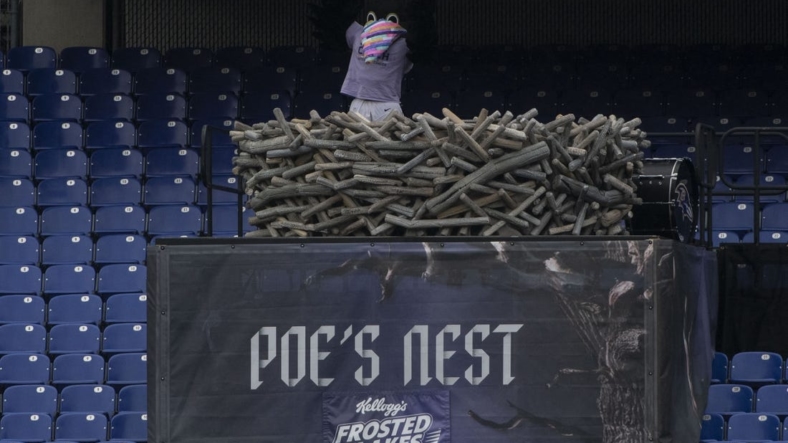 The Baltimore Ravens’ mascot Poe will miss the 2022 NFL season with a drumstick injury.

Tongue firmly in cheek, Ravens coach John Harbaugh made the announcement in a video posted to Twitter on Thursday.

Poe was injured during Baltimore’s preseason finale Saturday night against the Washington Commanders.

During a youth football game played at halftime, the mascot was hit from behind by one of the players. He had to be carted off the field with his left leg immobilized.

Instead of saying “nevermore,” Harbaugh said the search is on for a new mascot with the start of the season just 10 days away.