Nets rule Ben Simmons out for Game 4 after reported setback 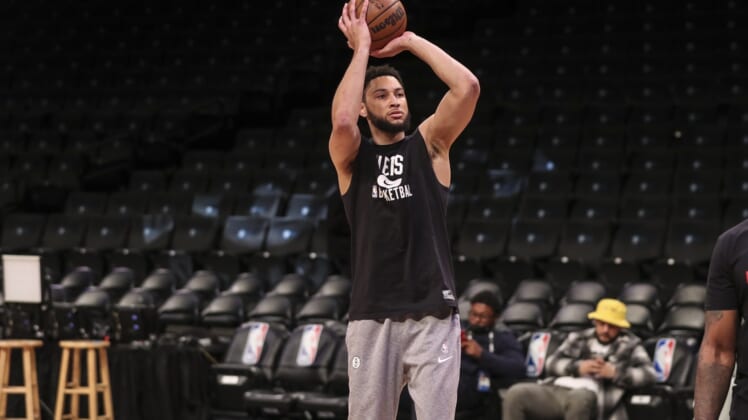 Down 3-0 in their first-round playoff series, the Brooklyn Nets on Sunday ruled Ben Simmons out for Monday’s Game 4 against the visiting Boston Celtics.

Simmons was widely expected to make his season and team debut in Game 4 after a lengthy ramp-up period while dealing with a back injury.

But ESPN reported that Simmons awoke with back soreness Sunday, and he and the Nets agreed to play it safe and keep him out.

The former Philadelphia 76ers star was cleared for contact last week and participated in more live drills at practice, including a 4-on-4 drill.

The No. 2 seed Celtics defeated the No. 7 seed Nets 109-103 in Game 3 Saturday night to move ahead by a daunting margin. No team in NBA history has ever come back from a 3-0 deficit to win a playoff series.

Simmons, acquired in a blockbuster trade in February that sent James Harden to the Sixers, has yet to play a game in a Nets uniform. Simmons forced his way out of Philadelphia over a fractured relationship with 76ers coach Doc Rivers and teammate Joel Embiid.