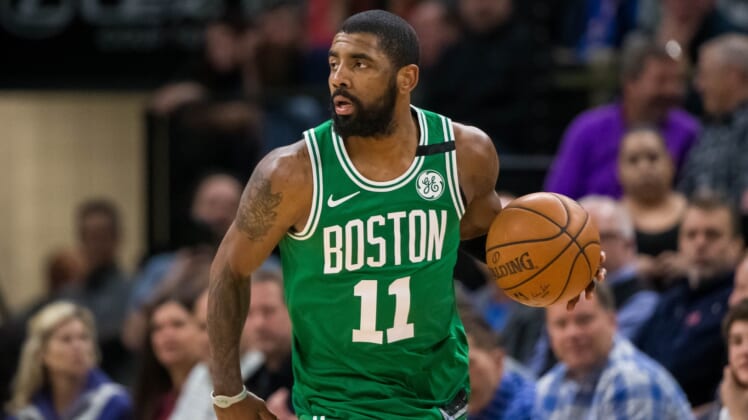 With less than one week remaining until the start of NBA free agency, the Brooklyn Nets are the heavy betting favorite to sign Kyrie Irving.

According to Caesars Palace (via B/R betting), the Nets are -400 favorites to land Irving, with the Los Angeles Lakers checking in at No. 2 (+300) and the New York Knicks coming in a distant third (+1000).

Given the latest rumor surrounding the Boston Celtics and Kemba Walker, along with the way things transpired for Irving last year, it’s hardly a surprise that he’s not expected to return to Boston.

Additionally, ever since Irving signed with Roc Nation, the Nets have been reported as his desired free-agency team.

That being said, there is one potential hitch to Irving signing with Brooklyn. Another superstar is on the team’s radar, and his decision could impact Irving in a big way.