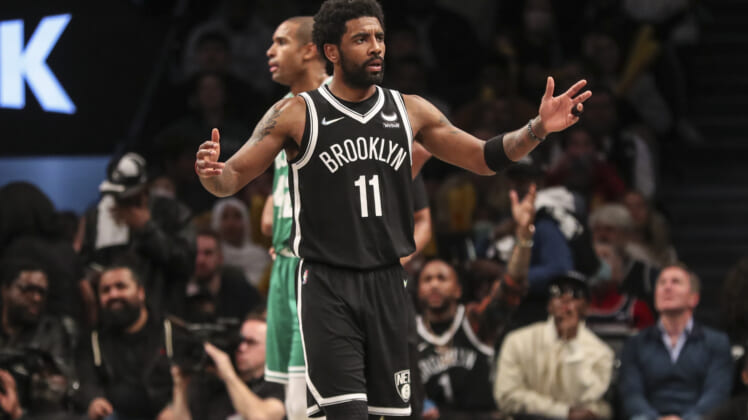 After next season, Brooklyn Nets superstar Kyrie Irving may no longer have the massive sponsorship deal he’s had since 2014.

On Friday, ESPN reported that “uncertainties surrounding” Irving and his playing career could have a major effect on his successful sponsorship deal with shoe and apparel giant Nike. And due to the current circumstances, the company is not expected to extend its signature series deal with him beyond next season.

The seven-time NBA All-Star is expected to have a new shoe from his line debut this fall ahead of the 2022-2023 season. However, that will likely be the final shoe released as a part of a very lucrative and successful partnership deal Nike has had with the point guard since 2014. The deal was reportedly for $11 million.

Nike did nothing to pour cold water on the rumblings and did not deny the news when reached by ESPN for a statement.

“We don’t comment on contracts or rumors or speculation,” a Nike spokesperson tole the outlet in a statement. “Kyrie remains a Nike athlete.”

The talented but mercurial superstar has had an unpredictable last few years in the league. After a move to the Boston Celtics a few years ago, his relationship with management soured and led to his decision to sign with the Brooklyn Nets before the 2019-2020 NBA season. Injuries limited him to just 54 games in his second year in New York, and this past season he only played in 29 games due to COVID-19 vaccine mandates in the city and his unwillingness to be vaccinated.

After a stunning first-round ouster from the NBA playoffs by the Boston Celtics, Irving made it clear he plans to opt-in to the final year of his deal and play for the Brooklyn Nets next season. However, recent comments from Nets general manager Sean Marks have shed some doubt on if the team is willing to commit to him after 2022-2023. 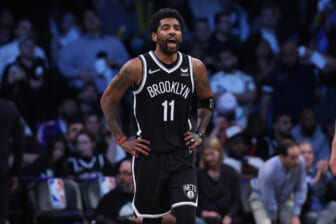 This past summer, Irving did not do himself any favors when he publicly complained on social media about the Nike Kyrie 8 shoe. Calling the sneaker “trash” and claiming “I have nothing to do with the design or marketing” and that the company released the shoe without his final approval.