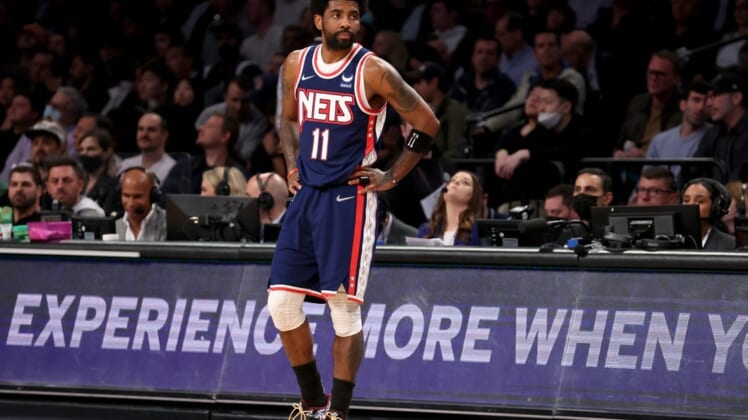 Kyrie Irving is expected to decline his option for the 2022-23 season, setting up a possible exit to free agency.

Irving’s deadline to exercise his $35.6 million option for next season is Wednesday. ESPN reported the two sides are likely to meet to discuss a contract, but that meeting could take place after the option deadline passes.

Initial reports of unrest between the two sides appeared to be confirmed when general manager Sean Marks said the franchise would have to weigh whether to bring Irving back.

The Nets made Irving a “real offer” in the past week, per ESPN, but the Nets are hesitant to offer a four-year contract.

Irving reportedly provided the Nets a list of teams to whom he would approve a sign-and-trade deal, which piqued the interest of Kevin Durant, ESPN reported. Durant is expected to stay in Brooklyn but could request a trade if the Nets are unable to build a winning roster around him.

ESPN maintained Monday that Irving was more likely to stay than go, but added other free-agent moves might impact the 30-year-old point guard’s decision.

Irving averaged 27.8 points and 5.8 assists per game in 2021-22, though the sample size was limited due to his stance on the COVID-19 vaccine. Irving wasn’t allowed to play home games until the final month of the regular season.