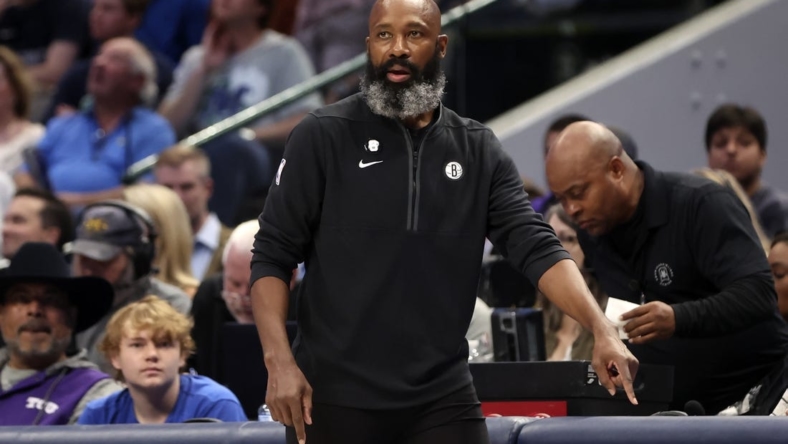 The Brooklyn Nets named Jacque Vaughn as their head coach on Wednesday.

Vaughn, 47, has served as the team’s acting head coach since Nov. 1 after the Nets parted ways with Steve Nash. The team has split its last four games with Vaughn at the helm.

“Jacque’s basketball acumen, competitiveness and intimate knowledge of our team and organization make him the clear-cut best person to lead our group moving forward,” Nets general manager Sean Marks said. “He has a proven ability to get the best out of our players, hold them accountable and play a cohesive, team-first style of basketball.”

Suspended Boston Celtics coach Ime Udoka reportedly was a candidate for the position.

Vaughn, who is in his seventh season with Brooklyn, previously posted a 7-3 regular-season record as interim coach of the Nets during the 2019-20 campaign. He posted a 58-158 mark in two-plus seasons (2012-15) as head coach of the Orlando Magic.

The Nets (4-7) host the New York Knicks on Wednesday night.