Nets fight back behind Kevin Durant to top Hornets 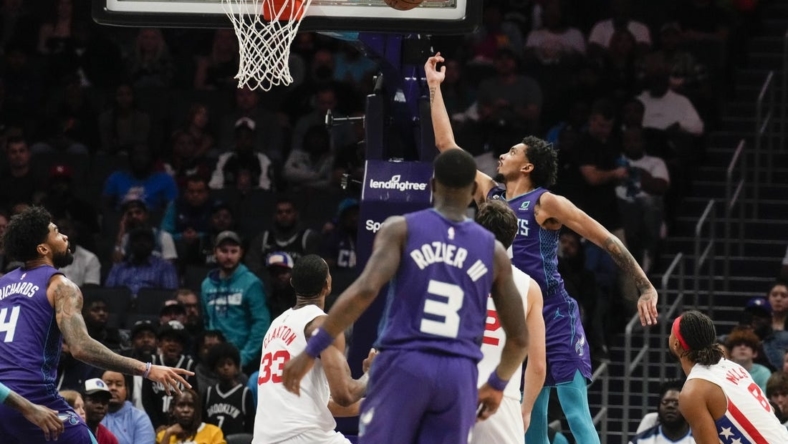 The Brooklyn Nets used a late surge and key baskets from Kevin Durant to pull out a 98-94 comeback victory against the host Charlotte Hornets on Saturday night.

Durant poured in 27 points to go with seven rebounds while the Nets have tallied back-to-back road games since the suspension of guard Kyrie Irving earlier in the week.

Durant’s 3-point basket from the right wing with 1:12 remaining put the Nets into the lead at 94-92.

Nic Claxton also had a big night for the Nets, who won Friday night at Washington.

Terry Rozier and Kelly Oubre Jr. led the offense for the Hornets.

Charlotte has a four-game losing streak. This was the first of three home games across a five-day span.

The Hornets, who trailed by as many as 11 points in the second quarter, took the lead by outscoring Brooklyn 18-7 across the first 7 1/2 minutes of the third quarter.

The Nets had a five-minute scoring drought, yet stayed within range by the time they scored again. Brooklyn got it together and posted eight points in the last three minutes of the quarter, which ended with Charlotte holding a 70-69 edge.

A Nick Richards dunk briefly put the Hornets in good shape at 82-72 with less than nine minutes to play.

But the Nets responded to tie at 89-89 before the two-minute mark.

Rozier, who missed all except the first two games of the season with an ankle injury, heated up from long range. He has scored more than 20 points in every game he has played.