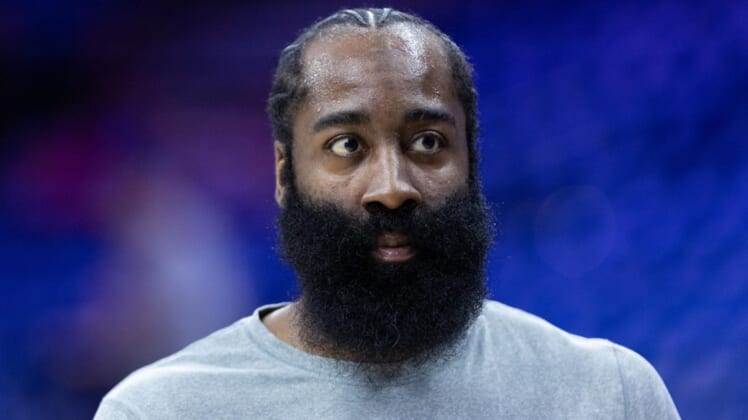 The Brooklyn Nets acquired a 2022 first-round draft pick in the trade that sent James Harden to the Philadelphia 76ers in February, but they’ve decided not to use it in the upcoming NBA draft.

Instead, they’ll defer the pick to 2023, leaving the 76ers with the No. 23 overall pick in the June 23 draft. The event will be held at Barclays Center, the Nets’ home arena.

By deferring the pick, the Nets will have a chance to use it as capital in a trade over the next year. Or, maybe they are just rolling the dice and hoping the 76ers pick will be closer to the start of the draft than to the end of it next year.

“We’re going through as if we’re trying to find somebody for this roster, for this team that can help us move forward with,” Nets general manager Sean Marks said in May. “So obviously if we find a group that we think is going to be there, then we keep the pick. So that’s what we’re planning on right now.”

The Nets traded Harden and Paul Millsap to the 76ers for Ben Simmons, Seth Curry, Andre Drummond, the unprotected 2022 pick and a top-eight protected first-round selection in 2027.

With their decision to pass on Philadelphia’s pick, the Nets won’t have a first-round pick this month, barring a trade. They sent their own 2022 first-round selection No. 17, to the Houston Rockets in exchange for Harden when they acquired him in a complex January 2021 deal. The Rockets also acquired the Nets’ first-round picks in 2024 and 2026.

The Orlando Magic have the No. 1 pick in the draft.