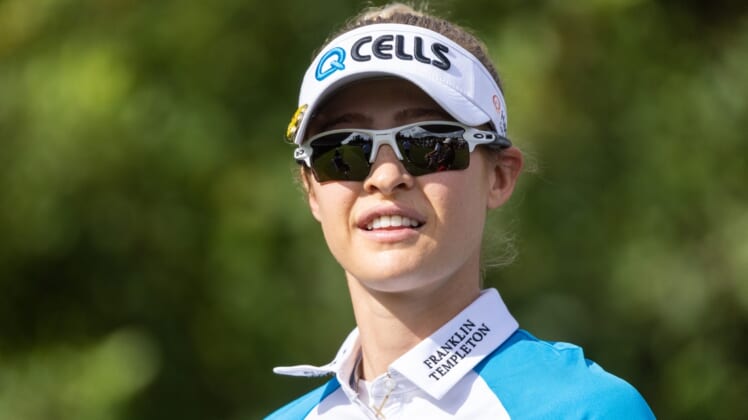 World No. 2 Nelly Korda announced Friday that she recently underwent surgery to remove a blood clot from her left arm and is home recovering.

The 23-year-old Korda was diagnosed with the blood clot in mid-March after she experienced heavy swelling after a workout in Ponte Vedra Beach, Fla.

“I recently underwent surgery for a blood clot in my subclavian vein,” Korda said on various social media accounts. “I am pleased to report the procedure went well and the doctors were happy with the outcome. I am now home recovering and preparing to start rehab. I am looking forward to getting back to 100% so I can begin practicing.”

Korda, the 2020 gold medalist at the Tokyo Olympics, hasn’t played since the first weekend of February. She said 2022 has been a tough year so far.

“It wasn’t the start of the year I had hoped for to say the least,” Korda said. “2022 began with me getting COVID-19 the second week of January, which kept me off my feet for some time before the beginning of the LPGA season. Then followed up with a blood clot.”

Korda has won seven career titles, including four in 2021. She also won her first major last June when she prevailed by three shots at the KPMG Women’s PGA Championship.

The former top-ranked golfer displayed three pictures along with her announcement. One was from the hospital bed, another was from home and the other appears to be pre-surgery from the recent Miami Open tennis event, where her 21-year-old brother Sebastian competed.

Korda’s older sister Jessica, 29, is ranked 15th in the world.