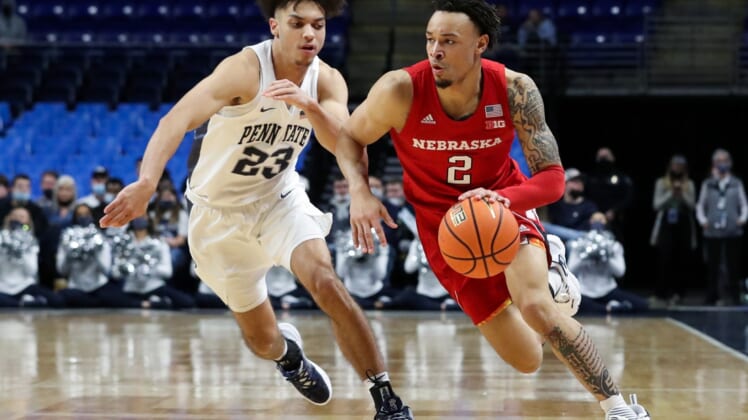 “It was the greatest honor of my career thus far to play for the University of Nebraska and suit up as a Cornhusker this past season,” McGowens began a lengthy post to Twitter.

“I am excited and ready for my journey ahead,” he said. “This past year has put me in the best position possible to chase my lifelong goal of being in the League. It’s a dream come true to finally be able to announce that I will be entering the 2022 NBA Draft.”

A 6-foot-7 guard from South Carolina, McGowens was the highest-rated recruit ever at Nebraska, listed as a five-star prospect by Rivals and 247Sports. He likely was lured to the school, in part, by the chance to play with his older brother, Trey, who just completed his junior campaign.

On the season, the younger McGowens was a third-team All-Big Ten and conference All-Freshman Team selection. He led the Cornhuskers in scoring with 16.8 points per game — the third most among true freshmen in the nation heading into the NCAA Tournament.

He added 5.1 rebounds per game.