Nebraska wards off comeback, gets by Maine 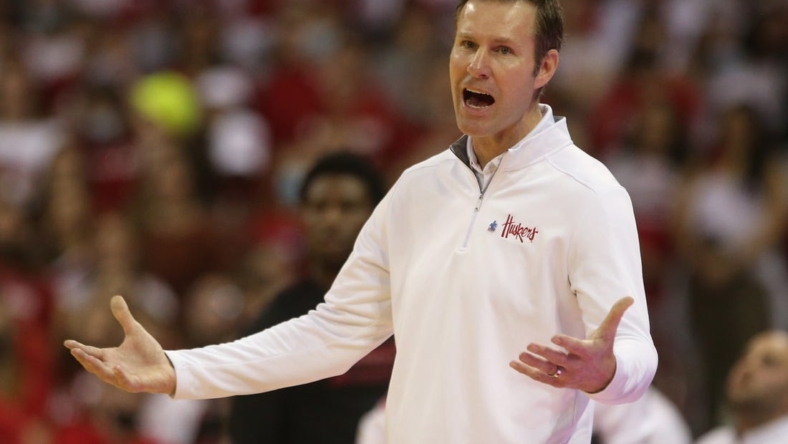 Sam Griesel scored 18 of his 22 points in the second half as Nebraska held off Maine 79-66 on Monday night in Lincoln, Neb.

Keisei Tominaga posted 19 points and Juwan Gary had 14 points and 11 rebounds for the Cornhuskers, who outrebounded the Black Bears 44-27. Eight of Gary’s boards were on the offensive glass, while Griesel added nine total rebounds.

The Black Bears went 12-for-29 from 3-point distance to keep the game close in the second half, getting as close as one point. But the Cornhuskers dominated the interior with 42 points in the paint.

Nebraska opened up a 13-2 lead by limiting Maine to 1-of-5 shooting over the first 6:23 of the game. Wilhelm Breidenbach made a dunk and a layup on consecutive possessions to give Nebraska its initial double-digit lead.

Juozapaitis went 3-for-3 from 3 in the first half to keep Maine afloat, but a late run from Tominaga pushed the Cornhuskers’ lead to as many as 15 before settling for a 40-28 halftime advantage. The Japanese native scored Nebraska’s final 10 points of the half, with two treys and two layups.

Maine scored the first seven points of the second half to cut the margin to five, and the Black Bears kept slowly chipping away. When Juozapaitis knocked down his fifth 3 of the night, it cut the deficit to 54-53 with 13 minutes to play.

Emmanuel Bandoumel blocked a shot on Maine’s next possession and turned it into a jumper at the other end, setting off a 14-1 sprint for Nebraska to grow the lead back to 68-54. Griesel hit a 3-pointer and a jumper in that span.

Maine kept at it but never got closer than nine points the rest of the way. Griesel made four free throws in the final 33 seconds.