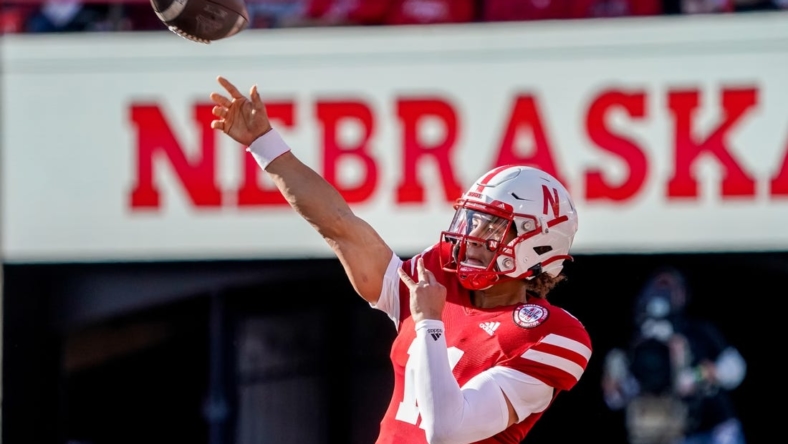 Nebraska starting quarterback Casey Thompson is day-to-day after suffering an injury to his throwing arm during last Saturday’s 26-9 home loss to Illinois.

In the meantime, backup quarterbacks Chubba Purdy and Logan Smothers split reps with the first-string offense evenly on Tuesday, according to Joseph.

Thompson left the Illinois game in the second quarter after throwing his second interception. At the time, Joseph said Thompson was hit in the elbow and he experienced numbness in his fingers.

Thompson finished the game 7 of 15 for 172 yards, one touchdown and two picks. Smothers played the rest of the quarter and Purdy took over for the second half.

A transfer from Texas, Thompson has thrown for 2,023 yards, 12 touchdowns and 10 interceptions this season while completing 62.9 percent of his passes.