Nebraska pulls away in second half to beat Arkansas-Pine Bluff 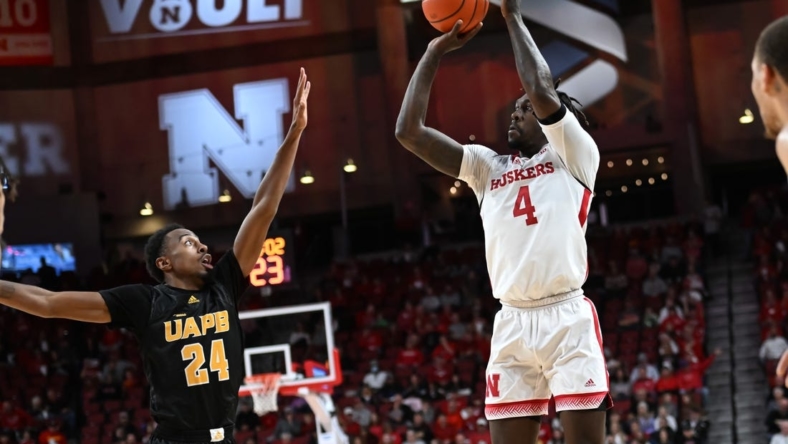 Juwan Gary scored 17 points and Nebraska used a 24-5 run over a 10-minute stretch of the second half to pull away from Arkansas-Pine Bluff 82-58 in a nonconference game on Sunday afternoon in Lincoln, Neb.

Gary, a transfer from Alabama, had his most points with the Cornhuskers (3-1) and the most since tying his career high with 19 at Florida in January. He was one of four Nebraska players in double figures, with CJ Wilcher going for 15, Blaise Keita adding 14 and Wilhelm Breidenbach putting up a career-high 10.

The Golden Lions were just 3 of 12 from outside in the second half and shot 40.7 percent overall for the game. They were led by freshman Zach Reinhart, who scored 17 with four 3-pointers after registering 15 total points in Pine Bluff’s first six contests.

Arkansas-Pine Bluff is home next to face NAIA school Crowley’s Ridge on Tuesday, while Nebraska heads to Kissimmee, Fla. to face Oklahoma in the opening round of the ESPN Events Invitational on Thursday.