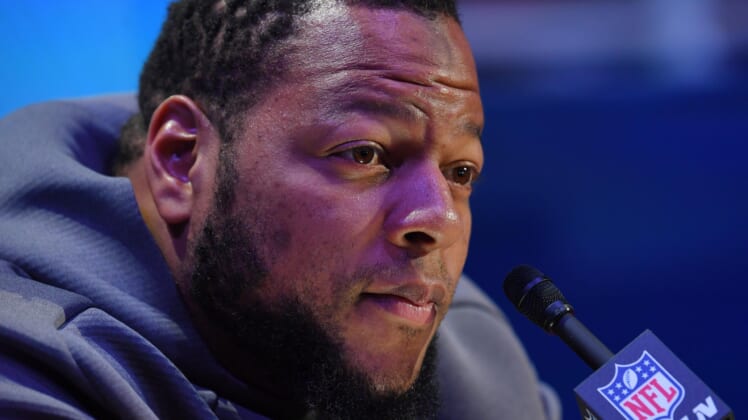 Ndamukong Suh has had several incidents with other NFL players in his career. With the Tampa Bay Buccaneers, he’s now teammates with one such player.

In signing with the Buccaneers (as reports say he has), Suh is now teammates with center Evan Smith. The two exchanged “pleasantries” during a game on Thanksgiving in 2011, when Suh was with the Detroit Lions and Smith was with the Green Bay Packers.

Prior to stomping on Smith’s arm, Suh had pushed his head into the ground. He was ultimately ejected and suspended two games for his actions.

For the sake of everyone in Tampa, we can only hope that the two get along better as teammates than they did as opponents.