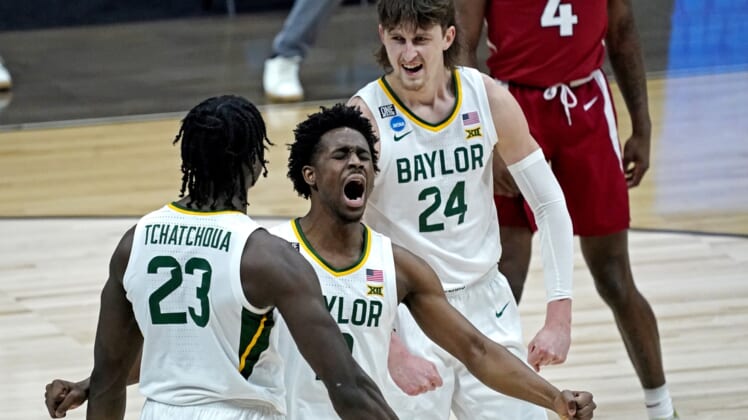 The Baylor Bears are one win from the NCAA Tournament title game and early returns show bettors expect them to handle second-seeded Houston in Saturday’s first semifinal.

Baylor entered the tournament with the second lowest odds of +600 at PointsBet. Those odds have steadily shortened all the way to +240 on Tuesday. Houston’s odds have shortened from +2500 pre-tournament to +450.

The Cougars winning the title remains one of PointsBets biggest liabilities, including a $3,500 wager that would pay $91,000 if Houston wins it all. That is the biggest remaining outright winner bet at the sportsbook.

The Bears (26-2) are in the Final Four for the first time since 1950 when the NCAA Tournament was just an eight-team tournament. Baylor will make just its third Final Four appearance.

The Cougars (28-3) won the Midwest Region to advance to their first Final Four since 1984 and sixth overall. Houston is the first team to defeat four double-digit seeds in a single NCAA Tournament.