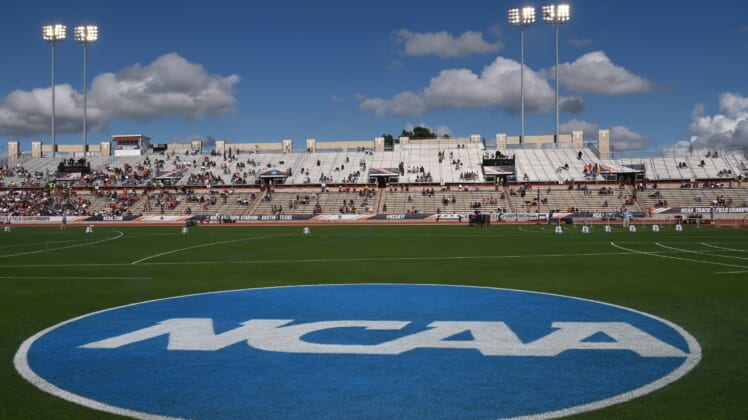 It’s been a whirlwind of a week for the NCAA with the Big Ten, Pac 12 and Mountain West conferences all suspending fall sports, while others intend to play football this fall.

While the decision of whether or not to play amid the COVID-19 pandemic is being left up to each conference, the NCAA”s chief medical advisors offered an alarming quote about the risks of playing sports this fall.

The Big Ten and Pac 12 became the first Power 5 conferences to suspend fall sports, with both leagues hoping football can return this fall. Both conferences cited significant concerns from their medical advisors about the risks of playing during the COVID-19 pandemic.

While they won’t take the field this season, other Power 5 conferences are moving forward. The Big 12, SEC and ACC announced this week that they will play football this season and have received approval from their medical personel.

In a conference call with reporters on Thursday, several of the NCAA’s chief medical officers opened up about the risks of student-athletes playing during a national health crisis.

At the very least, they sound far more concerned about the risks than doctors representing some of the NCAA’s top athletic conferences.

It would mean one thing if Dr. Carlos Del Rio compared the ongoing discussions to the chaos after the Titanic hit the iceberg. However, his comments better indicate that discussions about having student-athletes play this fall are missing the scope of the problem entirely.

Many college football stars have come forward with a “#WeWantToPlay” campaign on social media, encouraging conference officials to let athletes take the field this fall.

But they likely don’t have access to the information about COVID-19 and the potential risks of exposure that the NCAA’s medical advisors do.

If the NCAA is already seeing a dozen players now have myocarditis, a rare heart condition typically caused by a viral infection, fall sports are in serious jeopardy. Even just one athlete having their life permanently impacted by this issue would forever damage the NCAA and cast a dark cloud over football that wouldn’t be forgotten.

While this will ultimately still be left up to individual conferences, it’s clear the dangers of playing football this year are greater than the ACC, SEC and Big 12 are indicating.