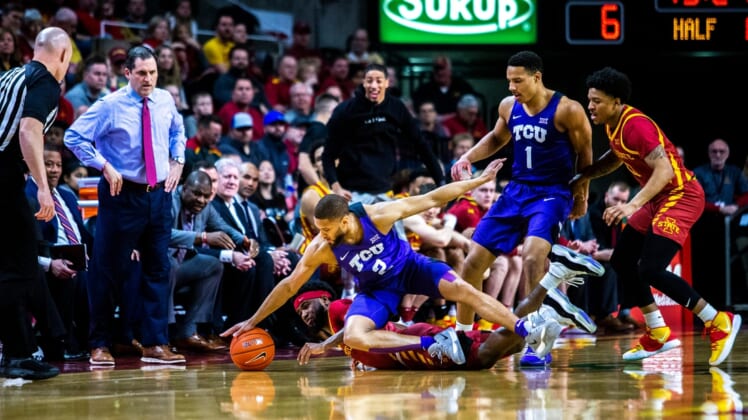 The NCAA has put the TCU men’s basketball program on probation for the next three years.

TCU was also fined $5,000 and one percent of its team budget. The moves by the NCAA follow an assistant coach being accused in federal court of accepting money from an outside source.

Assistant coach Corey Barker was put on administrative leave by the school in 2019 after being accused of accepting $6,000 from an outside company in a Las Vegas hotel room via court documents from the FBI’s Adidas case.

That case has led to convictions of individuals outside the jurisdiction of the NCAA, such as former Adidas executive James Gatto, but many of the big-name programs named in the probe have thus far escaped punishment.

In TCU’s case, Barker failed to cooperate with the NCAA and was levied a show-cause penalty.

Just last week, Creighton was similarly placed on two years’ probation after a former assistant coach was accused of taking money, though in that case, Creighton also had scholarships reduced.

TCU is reportedly avoiding all scholarship reductions or limits on recruiting.