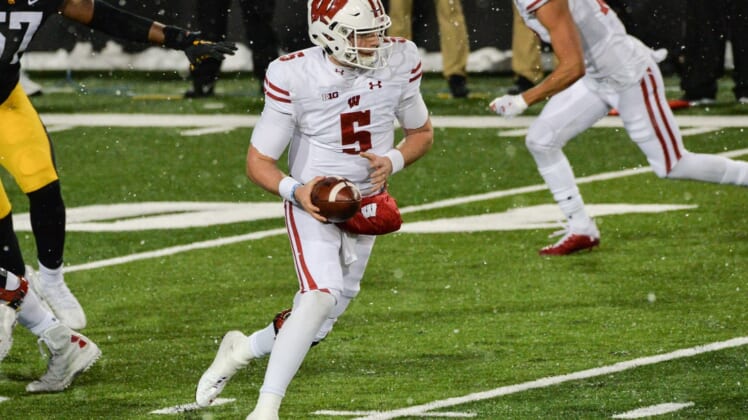 In a sea of change for the world of amateur athletics, the NCAA formally adopted an interim policy to allow college athletes to benefit from their names, images and likenesses, effective Thursday.

The rule change means college athletes will be allowed to leverage their names and images to earn money or gifts through business arrangements, including product endorsements or trademarks.

The NCAA Division I Council voted to support the policy Monday, and the Division I Board of Directors voted in favor of that recommendation on Wednesday.

The college sports governing body was pressured into action as states around the country began to adopt their own NIL laws. Twenty states have passed NIL legislation so far, with laws in seven states scheduled to go into effect Thursday.

“With the variety of state laws adopted across the country, we will continue to work with Congress to develop a solution that will provide clarity on a national level,” NCAA president Mark Emmert said in a statement. “The current environment — both legal and legislative — prevents us from providing a more permanent solution and the level of detail student-athletes deserve.”

Until recently, the NCAA fought against the idea of “student-athletes” earning monetary compensation in any way — whether paid directly for their work in their respective sports or through other modes of profit like selling autographs.

The NCAA continues to oppose “pay for play,” but has now outlined permissible ways for athletes to earn compensation under the new NIL rules. To avoid an unbalanced playing field between universities in states with NIL legislation and those in states without it, the NCAA’s policy allows students to profit off their names, images and likenesses regardless of which state they attend school.

College athletes are already putting business plans into motion. Wisconsin starting quarterback Graham Mertz revealed a personal trademark this week, which he plans to use for the sale of clothing.