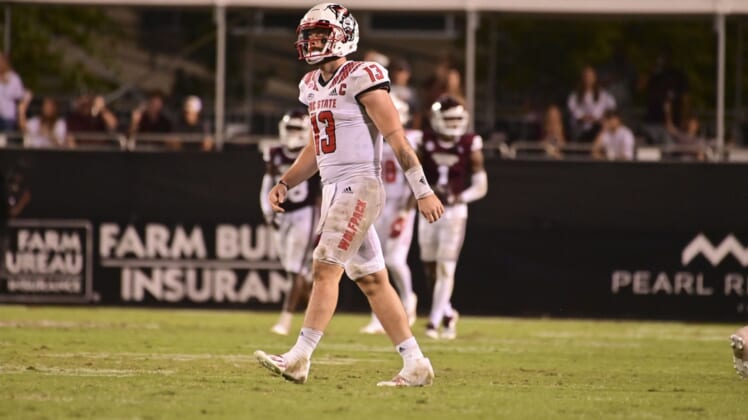 North Carolina State has plenty of areas to fix going into Saturday night’s game against visiting Furman in Raleigh, N.C.

Finding the solutions in a hurry would be a good idea for the Wolfpack (1-1).

“Our guys will stick together and battle back,” N.C. State coach Dave Doeren said. “It’s going to be a really good learning experience for us.”

It’s the first of consecutive meetings against visitors from the state of South Carolina. Next week, reigning ACC champion Clemson arrives. 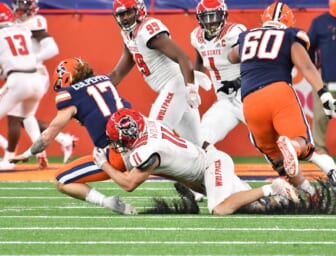 Yet there’s no reason for the Wolfpack to be looking past this week because of the improvements needed. That’s especially the case for an offense that sputtered so often last week – and then had hiccups in clutch situations.

“You’ve got to make your layups,” Doeren said, offering a basketball analogy. “I thought there were several that we didn’t make offensively.”

NC State received devastating news about standout linebacker Payton Wilson, who exited the Mississippi State game with an apparent shoulder injury and will be out for the rest of the season, Doeren said Monday. The Wolfpack also lost safety Cyrus Fagan for the remainder of the year. Both players will undergo surgeries.

Furman (2-0), which is No. 25 in the Football Championship Subdivision coaches’ poll, has racked up victories against North Carolina A&T and Tennessee Tech. Last week’s 26-0 blanking of Tennessee Tech marked the first shutout for the Paladins since 2004.

“Our defense will have to play really well (again),” Furman coach Clay Hendrix said of this week’s task. “We have to find a way offensively to score some points and give our guys a chance. It will be a huge challenge for us.”

NC State is counting on maturity in reacting to its setback. Quarterback Devin Leary said the approach from several teammates has been encouraging.

“All those guys were just speaking up that we are going to bounce back,” Leary said. “We’re going to learn from our mistakes. That’s the maturity of our team coming out.”

The Wolfpack also lost its second game of the 2020 season on the road (to Virginia Tech) and turned it around in a hurry.

“We’ve got to understand that we’ve got to be consistent every week,” defensive back Tanner Ingle said. “I feel like we’re going to do a good job of doing that considering how much we’ve been through as a team.”

Furman quarterback Hamp Sisson was the Southern Conference’s top offensive performer in the first week of the season when his 362 passing yards marked the second-most in the program’s 117-year history. Then last week, kicker/punter Timmy Bleekrode booted four field goals, including a 51-yarder, and was named the league’s Special Teams Player of the Week.

“Those were some fun times,” said Hendrix, who was a Furman player for those mid-1980s meetings. “One of our goals is to win an FBS game every year. Our kids will be excited. That’s one thing I really don’t have a concern about.”