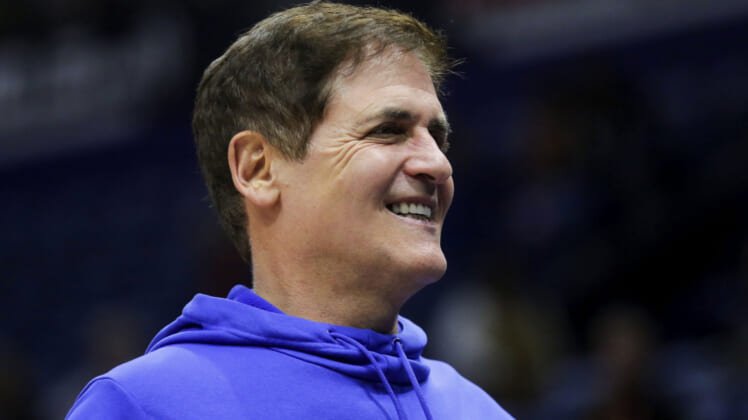 Dallas Mavericks owner Mark Cuban seems to have an opinion on everything these days. Whether it’s the sports world or politics, he doesn’t hold back.

With MLB embroiled in a major controversy surrounding the Houston Astros’ sign-stealing scandal, Cuban took to social media early Tuesday morning to call the league out.

It was not subtle. Cuban posted an interview MLB Commissioner Rob Manfred did with ESPN that focused on the league’s investigation of the Astros’ cheating.

In said post, the opinionated owner blasted MLB and noted that he’s happy the league did not allow him to buy a team.

It must be noted that Cuban came very close to purchasing the Texas Rangers with current Houston Astros owner Jim Crane back in 2010.

“We thought we were very close,” Cuban said back in 2017, via The Dallas Morning News. “We thought we had it until Major League Baseball intervened and kind of put the kibosh on us and started playing games in court.”

How ironic is that?

There might be some hard feelings behind the scenes here. Though, MLB and the NBA continue to go in opposite directions.

It was just noted by Forbes in their annual estimates that both the Los Angeles Lakers and Golden State Warriors are now valued at $4-plus billion. They are one of three NBA teams worth that amount.

Only the New York Yankees in MLB are valued at $4-plus billion. It’s a clear indication that one league is taking off while the other is remaining stagnant.

As a businessman first and an owner second, Cuban looks at it through his lens. He’s obviously not wrong in that regard.