NBA’s All-Star plans: Game, every event to be held March 7 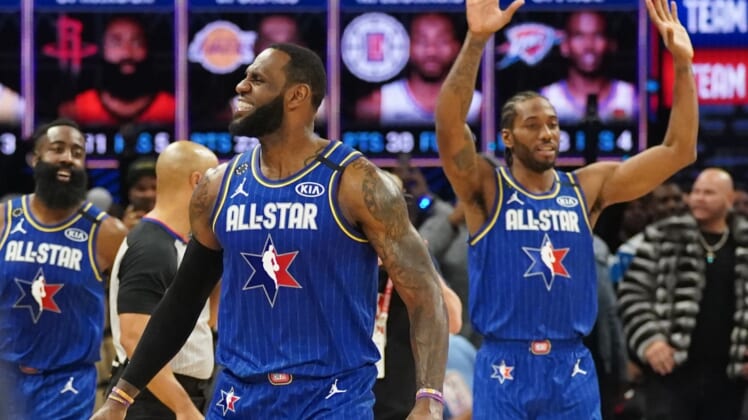 The NBA on Thursday made it official: The All-Star Game — and every event associated with the festivities — will be held March 7 in Atlanta.

It’s the first time All-Star weekend will be condensed into one day. There also will be no fan activities or hospitality functions that usually accompany the festivities.

The skills challenge and 3-point contest will precede the All-Star Game, with the slam dunk contest taking place at halftime, the league announced.

For the fourth year in a row, the leading vote-getters from each conference will serve as captains. The game also will follow the same format as last year, with the teams competing to win each quarter and playing to a final target score during the untimed fourth quarter.

The league and the National Basketball Players Association are buoying health and safety protocols with private travel to and from Atlanta and the creation of a “mini bubble” within a single hotel for players and coaches. There will also be enhanced testing for COVID-19, the league said.

Further, the league and the NBPA will commit $2.5 million to Historically Black Colleges and Universities (HBCUs) and the fight against COVID-19.

“NBA All-Star in Atlanta will continue our annual tradition of celebrating the game and the greatest players in the world before a global audience,” NBA commissioner Adam Silver said in a statement. “In addition to the festivities on the court, the All-Star Game will honor the vital role HBCUs play in our communities and focus attention and resources on COVID-19 relief, particularly for the most vulnerable.”