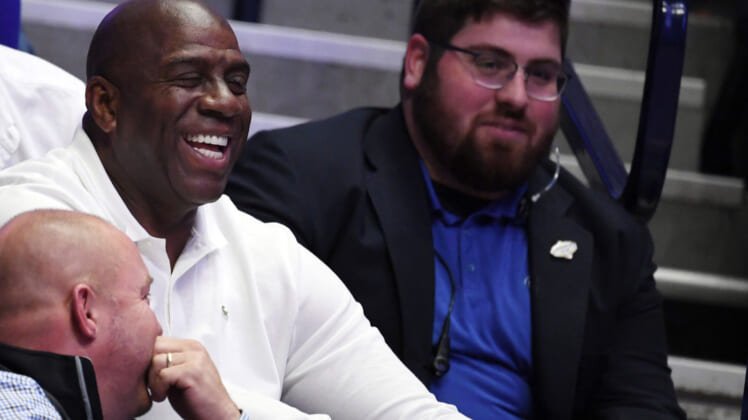 In what has to be considered one of the most shocking developments of the NBA season, Los Angeles Lakers president Magic Johnson held a press conference on Tuesday to announce that he has resigned from that role.

Johnson’s resignation comes amid internal strife as the Lakers themselves finish up what has been a lost season.

What happens to the once-proud franchise from here? Will LeBron James have a say in who replaces Johnson? All of this comes with the Lakers preparing for what should be an eventful offseason in Los Angeles.

It goes without saying that the NBA world was thrown for a loop over Johnson’s resignation. Here are the best and most-profound responses to the news.