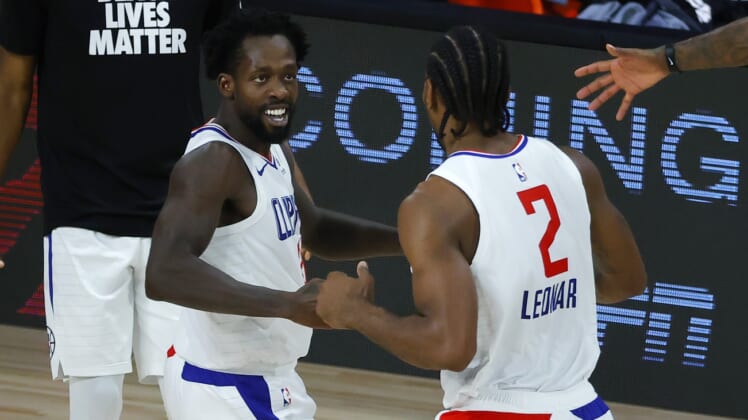 The Los Angeles Clippers had it in a big way in the first half of their game against the New Orleans Pelicans in Orlando on Saturday. Fresh off a narrow loss to the Lakers, this Los Angeles-based team took its frustration out on New Orleans.

That included the Clippers dropping 77 first-half points en route to taking a 32-point lead into the intermission. Los Angeles nailed 16 three-pointers on 24 attempts, one shy of a single half NBA record. Paul George had it going big time, hitting on his first three treys at Walt Disney World.

Meanwhile, it seemed like the Pelicans had given up following a barrage of threes from the Clippers. It was a sight to behold. And the NBA world had its reactions.