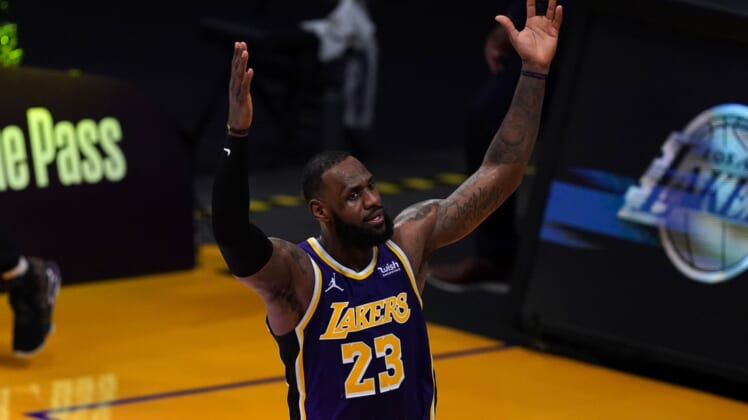 The NBA, aiming to stop players from flopping to draw foul calls, publicly called out one of its biggest stars.

The league issued warnings Saturday to Los Angeles Lakers superstar LeBron James as well as his teammate Kyle Kuzma regarding their flops from the previous night’s 115-105 victory over the visiting Memphis Grizzlies.

James was battling for a second-quarter rebound with Memphis’ Grayson Allen and Dillon Brooks when he fell to the floor despite minimal contact. Kuzma went down in the fourth quarter in an attempt to get an offensive foul whistled against Brooks.

The NBA first warns players regarding flopping. If a player continues to flop, the league can issue fines that can rise to $30,000 or more for repeat offenders.

According to ESPN, only five players had been warned about flopping this season before James and Kuzma joined the list Saturday.