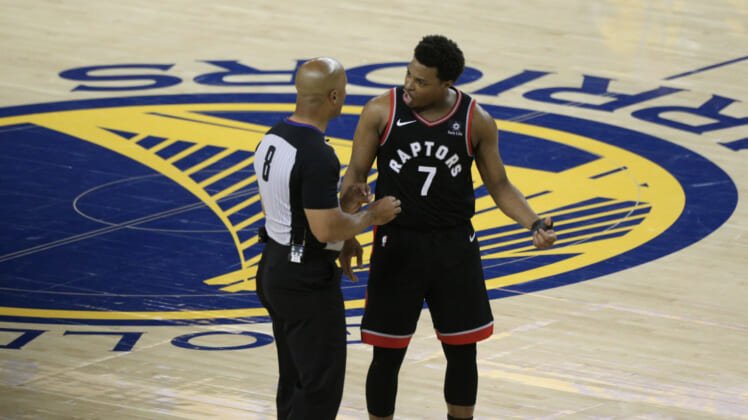 An otherwise festive environment during Game 3 of the NBA Finals between the Toronto Raptors and Golden State Warriors in Oakland Wednesday night was marred by an ugly incident.

A fan pushed Raptors star Kyle Lowry as he made his way to the stands to save a ball. Hours after the video went viral, the man is question was confirmed to be Warriors part owner and investor Mark Stevens.

The Warriors themselves have suspended Stevens for the remainder of the Finals and are conducting an internal investigation. Meanwhile, the game’s most-popular player had some strong words regarding the incident.

We can now include NBPA Executive Director Michele Roberts in this list. She just released a statement about the incident.

“Stevens’ status as a member of the ownership group does not alter that view.” These are the key words here.

In fact, ownership should be held to a higher standard than fans. As the Warriors and NBA conduct their investigation, it’s going to be highly interesting to see how this plays out.

We’re likely to get some sort of resolutaiton ahead of Game 4 on Friday evening.