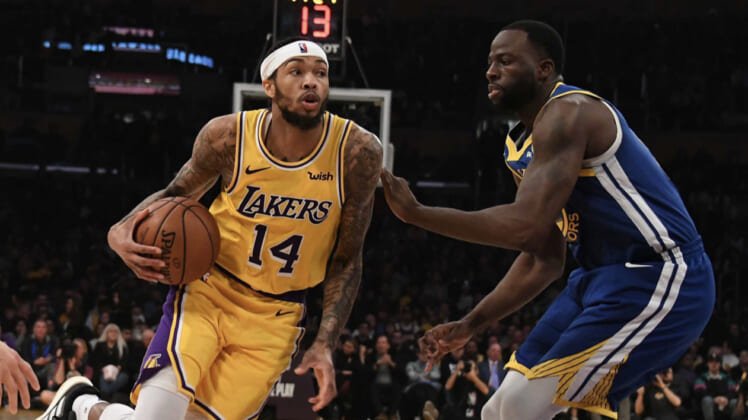 There’s no telling if the Los Angeles Lakers will make a blockbuster deal ahead of next month’s NBA trade deadline.

With Lebron James still sidelined, Los Angeles has struggled to an extent in recent weeks. The team boasts a 5-9 record with James out and currently sits as the ninth seed in the Western Conference.

Once James does return here soon, the talk will turn to whether the Lakers are prepared to make a big trade. If so, star young forward Brandon Ingram could potentially be had.

“Obviously he’s had a little bit of an up and down season,” The Athletic’s Shams Charania reported recently. “He missed some time with injury, the suspension earlier in the year, but still, I think, around the league he has a value as a prospect. A lot of teams still believe in him. He does still come up when teams inquire with the Lakers.”

Ingram, 21, has had an up-and-down 2018-19 campaign. He’s missed time to both suspension and injury. In no way does this mean the former No. 2 overall pick isn’t a valuable trade asset. He’s averaging a career-high 16.4 points to go with 4.9 rebounds on 47 percent shooting from the field.

If the Lakers were to seriously entertain offers for Ingram, it would certainly be part of a larger package to bring back a star player.

Kyle Kuzma has acted that part behind James this season, but the Lakers have been linked to some of the game’s most-noticeable players. That includes New Orleans Pelicans All-Star big man Anthony Davis.

Simply put, the Lakers are not going to give up Ingram to bring in a role player. That makes an in-season trade seem less likely.